Wicketkeeper Glenn Phillips has been dropped from the Black Caps squad for the deciding T20 international against Pakistan and has been replaced by Wellington's Tom Blundell. 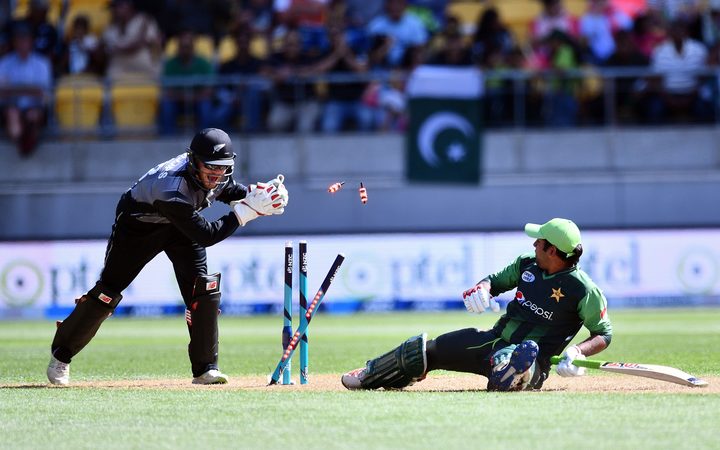 Coach Mike Hesson said Phillips would return to play in the domestic one day competition.

"After discussion with Glenn, we felt he'd benefit from going back and continuing to evolve his game with Auckland," said Hesson.

"Glenn has a big future, but at this point in time we both think continuing to get experience on the domestic scene is the right move.

"Tom's ability to slot into the middle-order made him the right choice to come into the squad.

"Looking beyond Sunday's game, we have a top three who are very set, so it's important Tom can come into that middle-order and do a role for us."

The Black Caps play the third and final T20 against Pakistan at Bay Oval in Mount Maunganui. The side to travel over to Australia for the T20 on February 3rd will be announced on Monday.

Earlier Colin Munro was ruled out of Sunday's deciding game after suffering a mild hamstring strain in his right leg.

Gavin Larsen said the long-term prognosis wasn't bad, but Munro would be replaced by Ross Taylor for the match.

"Colin picked up a minor injury during the match at Eden Park and with a busy schedule coming up, we want to make sure he gets it right before getting back on the field," said Larsen.

"We'll assess Colin ahead of Monday when we announce the squad to go to Australia and at this stage we are optimistic he'll be available.

"It's a luxury to be able to to bring someone of Ross's experience into the squad as his replacement."