Tiger Woods made a respectable return to the PGA Tour, shooting even-par 72 in the first round at the Farmers Insurance Open. 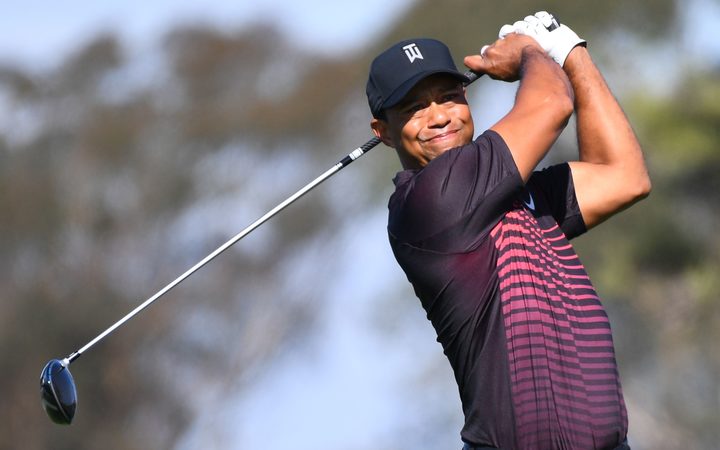 In his first official start since this time last year, Woods took a while to dust off the rust, but the quality of his shotmaking improved as the round progressed on the South course at Torrey Pines on Friday (NZ time).

He trails American leader Tony Finau by seven strokes and expressed mild satisfaction with his performance, while at the same time adding that there was plenty of room for improvement.

"I still feel the same excitement, the same nerves," said the 42-year-old, who underwent spinal fusion surgery on his lower back last April. "It was fun to feel the competitive rush again.

"I didn't hit anything close, didn't give myself a lot of looks (for) and consequently didn't have a lot of chances for birdies."

A gallery of about 2000 people lined the first fairway to watch the 14-times major champion tee off at 10.40 AM local time (1840 GMT) on a course where he has won eight times.

Woods pulled his opening drive and ran up a bogey on the first but was in a relaxed mood on the fourth tee where he wandered over to the nearby cliff to watch a pod of dolphins playing in the Pacific Ocean below.

The fourth, which follows the cliff high above the crashing waves, also afforded a perfect opportunity for a couple of hang gliders to gatecrash the event.

The hang gliders had gone when Woods showed the first glimpse of his old magic with a perfect drive at the par-five sixth, where he split the fairway, nonchalantly picked up his tee and strode off without even bothering to watch his ball.

From there he found the putting surface with a four-iron to set up his first birdie of the day.

Later, he hit his best shot of the day at the par-three 16th, a six-iron that launched high and landed soft, almost going in for an ace, before settling eight inches away for a tap-in birdie.