Boris Becker has lost five of his six Grand Slam tennis trophies and is appealing for the public's help to locate them. 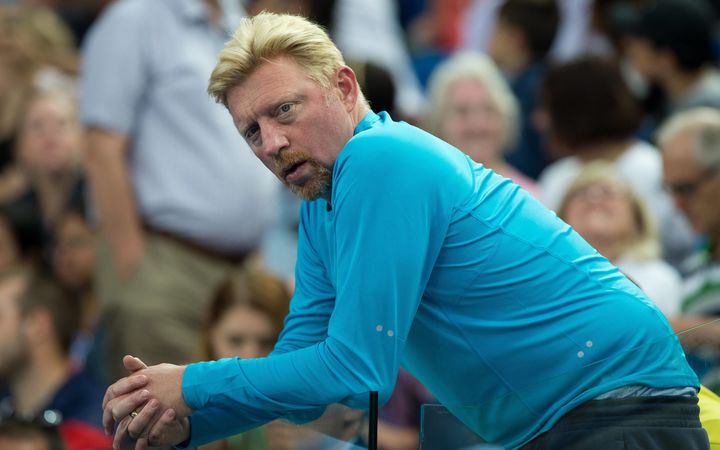 The 50-year-old German wants to sell the trophies to pay off his debts after he was declared bankrupt last year.

Two Australian Open trophies and three from Wimbledon are missing. He also is missing an Olympic gold medal.

"Mr Becker is unable to recollect where they are located," said a joint statement from Becker and his London-based bankruptcy trustees.

The All England Tennis Club, the German Tennis Federation, the US Tennis Association, Tennis Australia and the International Tennis Hall of Fame have said they do not have the trophies.

A London bankruptcy court ruled in June that Becker owed a firm of private bankers a large sum and there was not enough credible evidence that he could pay.

"We are currently trying to locate and recover Mr Becker's missing Australian Open and Wimbledon trophies, settling an income payments agreement for the next three years as well as continuing our investigations into other possible recoveries, including property, in the UK and overseas," said Mark Ford from Smith & Williamson LLP.

Former world number one Becker first shot to prominence by winning Wimbledon as an unseeded 17-year-old in 1985.

During a 15-year professional career he won 64 ATP Tour titles, including three Wimbledon singles crowns, two Australian Open titles and the US Open.

Since retiring from the game, Becker has worked in business and the media and also coached former world number one Novak Djokovic for three years from 2013.