The English football club Leeds United have been caught up in a social media storm as fans reacted badly to the second-tier club's new crest, prompting their managing director to defend the design. 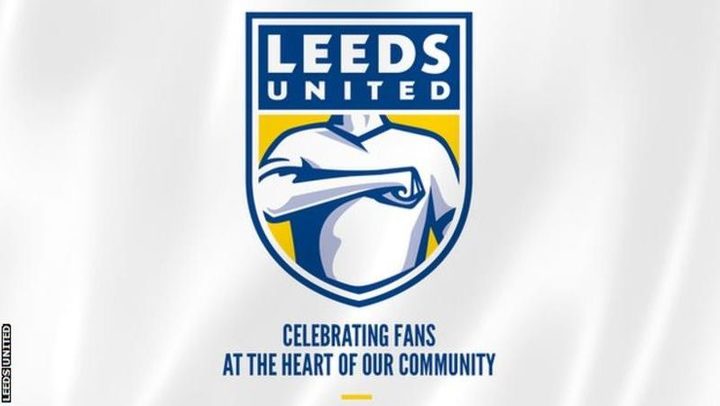 A petition to stop Leeds using what was described as an "appalling" design had more than 36,000 signatures less than five hours after being floated on petition website change.org.

That is more than the highest attendance of 35,156 at Elland Road this season for a match against Yorkshire rivals Hull.

The crest depicts the headless torso of a man giving the "Leeds Salute", a gesture where the right hand is balled into a fist and placed against the heart, and the club said more than 10,000 people were consulted during the design process.

"On January 24th 2018 Leeds United announced a new crest," says the change.org petition. "The design is appalling. 10,000 people were consulted. This petition is to STOP the club from using the design.

"It makes a mockery of Leeds United and the club's history. It is alienating the fans. It is has to go."

The club's managing director Angus Kinnear told talkSPORT radio that the club would stick to its guns.

"This is the decision," he said. "We're confident we've spoken to enough people and that we've had enough feedback to know we're on the right path.

"We accept that it's going to take some time for people to get used to it, but we hope that they'll get behind it... when you make a change like this, you're going to certainly divide fan opinion."

Hundreds of Leeds fans took to Twitter to make their feelings on the subject clear.

Leeds fanzine Square Ball called the crest, "A big glossy, exercise in branding done by a consultant in Shoreditch. "We need to go for a soya milk latte and a lie down."

The Leeds United Supporters' Trust said they were not consulted by the club during the design process, but "were shown the design on the evening of the 23rd January during the Supporters Advisory Board meeting.

"Due to the number of enquiries the Trust has received and the reaction we have witnessed online, we will be releasing a survey to accurately measure the opinions of our members which we will then pass on to the club," they added added on their website (www.leedsunitedtrust.com).

Leeds, who are 10th in the Championship, are fallen giants of the English game, having won the top-flight title three times as well as the FA Cup and League Cup.