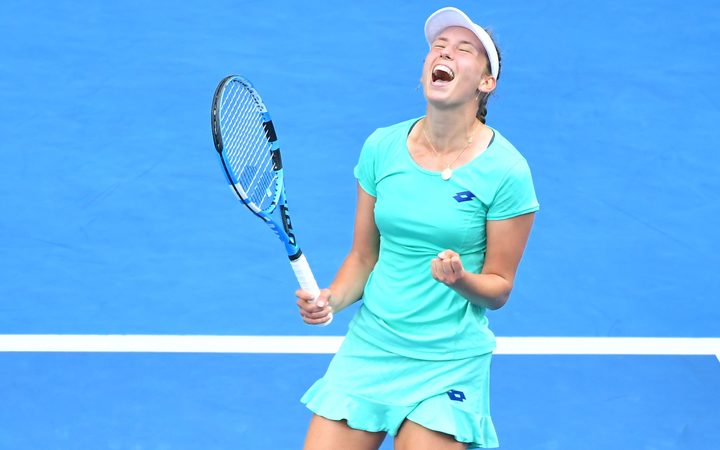 Mertens won the first set 6-4 before crushing Svitolina six love in the second.

Ukrainian Svitolina was riding a nine-match winning streak this year but was outplayed by the 37th ranked Belgian in 73 minutes on Rod Laver Arena.

The aggressive Mertens smashed 16 winners to win the opening set and held her nerve to keep up the pressure on the world number four in a one-sided second stanza.

After barely putting a foot wrong in the contest, the 22-year-old fired down a 26th winner to seal a date with Caroline Wozniacki or Carla Suarez Navarro in her first grand slam semi-final.