The Highlanders will take on the Chiefs in a New Zealand Super Rugby derby in June in Fiji. 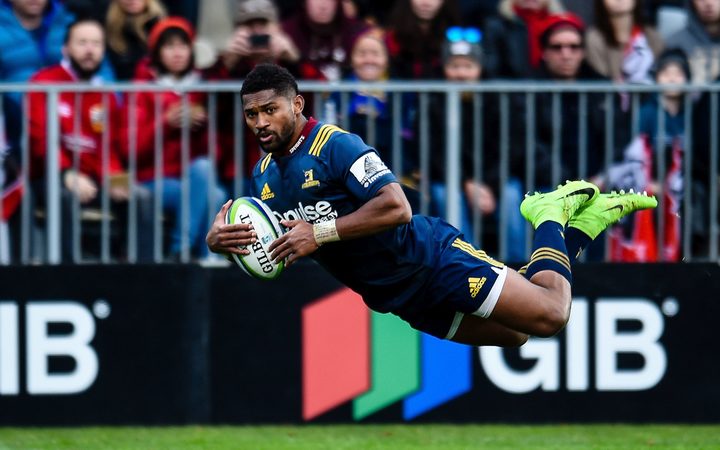 Waisake Naholo of the Highlanders scores a try during the Super Rugby match. Photo: PhotoSport

Led by new coach Aaron Mauger, the Dunedin-based side have agreed to stage a home game in Suva on June 30 against the Colin Cooper-coached Chiefs - who have played the Crusaders in Fiji in 2016 and 2017.

"We are aware of the large following Super Rugby enjoys in Fiji and we're happy to have the chance to showcase our style of game in the islands," Clark said.

"Fiji has produced so many great players including our own Waisake Naholo - it will be great experience for him and all the players."

Fijian-born Naholo, a winger, has played 18 times for the All Blacks.

Mauger admitted the Fiji match would present its own challenges but backed his troops to acclimatise and get the job done.

Elsewhere, the southerners will play seven games at their home base in Dunedin, including derbies against the Blues, Crusaders and Hurricanes.

They'll also play the Stormers, Lions, Brumbies and Melbourne Rebels at home, as they look to improve on last year's quarter-final elimination.

No matches are scheduled for Invercargill.