The All Whites defender Tommy Smith is heading to the MLS in the United States to team up with former coach Anthony Hudson. 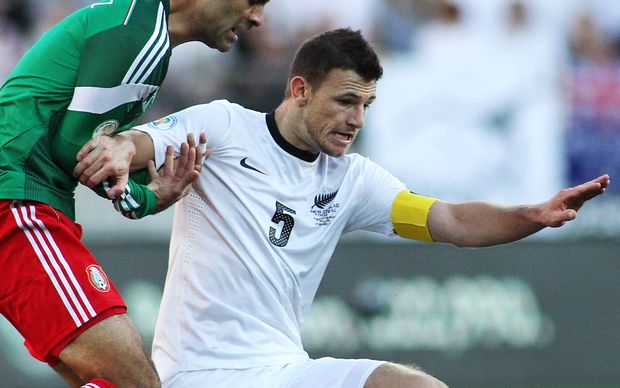 The Colorado Rapids have signed Smith from Ipswich Town on a two year deal.

"Bringing in someone of Tommy's caliber along the back line was a top priority for us this offseason," said Rapids Executive Vice President & General Manager, Pádraig Smith. "His experience and leadership will be great assets for us, and we look forward to him joining us in Arizona this week for the start of preseason training camp."

A product of Ipswich's academy, Smith signed his first professional contract with the club in August 2007. The 27-year-old center back would go on to appear in 267 games across all competitions for The Blues, tallying 23 goals and 11 assists along the way.

Two years later, Smith opted to represent the New Zealand national team, eventually making his senior debut in a 2-0 loss against Mexico in 2010.

Smith was named to the All Whites' final 23-man roster at the 2010 FIFA World Cup in South Africa. He went on to play every minute of all three group stage matches at left back, helping New Zealand earn a point in all three games by drawing with Slovakia, Italy and Paraguay, respectively.

"It's a very exciting move for me both personally and professionally," said Smith. "I'm extremely grateful to Ipswich Town for the faith they've shown in me over the past 11 years. I'll certainly miss the club and its great supporters, and will carry on following their progress. I wish them the very best for the future. But looking ahead, the opportunity to join the Rapids - a club who have a very ambitious vision for the future - was too great. I look forward to playing a key role in bringing that vision to life. Our goal is to bring another MLS Cup to Colorado."

Hudson was named the Rapids coach in November after guiding the All Whites to the World Cup intercontinental play-off against Peru.