After getting so close to grand slam glory last year, Madison Keys is desperate to avoid a repeat disappointment at the Australian Open. 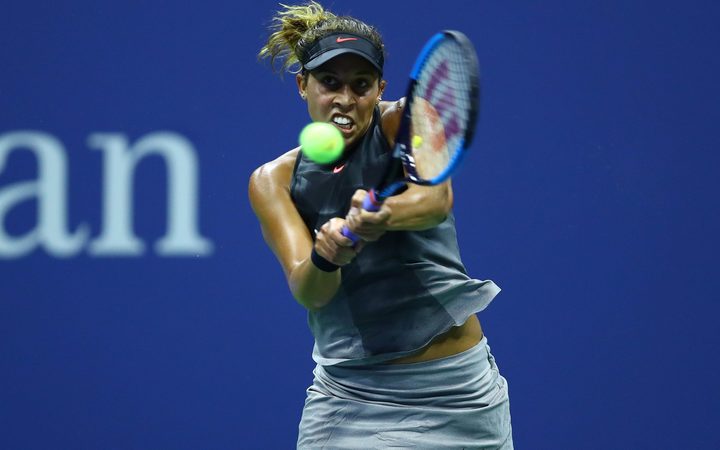 The big-hitting American took a step toward her title ambition with a crushing fourth round win over France's Caroline Garcia.

Seeded 17th, Keys overpowered the eighth seed 6-3 6-2, firing 32 winners on Rod Laver Arena on Monday to stamp herself as a genuine title shot.

Keys will next face former world No.1 and 2016 champion Angelique Kerber after the German survived a tight tussle with Taiwan's Hsieh Su-wei.

A semi-finalist at Melbourne Park in 2015, Keys is yet to drop a set this tournament and has been a shining light in an otherwise dismal showing by the American women.

With six-time champion Serena Williams absent after having a baby it was first- round carnage as 14 players from 18 bombed, with Keys the only one to make the final 16.

But the 22-year-old is far from satisfied.

That 6-3-6-0 US Open final defeat by compatriot Sloane Stephens stung Keys but she said after her initial devastation, she emerged better for the experience.

"Pretty much the week to 10 days after was really tough," Keys said.

"To have such a great two weeks and then have it end the way that it did, it was really devastating for me so it definitely took some time to get over."

Keys then realised that to even make the final was a massive achievement given she missed the start of the year following wrist surgery.

Coached by three-time grand slam champion Lindsay Davenport, Keys said she was playing "smart" tennis rather than always looking for the winner.

"Every once in a while it pops into my head and I just imagine missing it and being really mad at myself so I try to go with the smarter shot," Keys said.

She is also better at handling the pressure that comes with going deep into a grand slam.

"I feel like being more consistent about making second weeks has helped me manage the moment," Keys said.

"But more than anything, it's just focusing on the match in front of me and not thinking about making the final.

"The more I have been in the situation, the better I have become at doing that."