The New Zealand men's hockey team have finished third in the Four Nations tournament at Mount Maunganui with a five-four win over Japan. 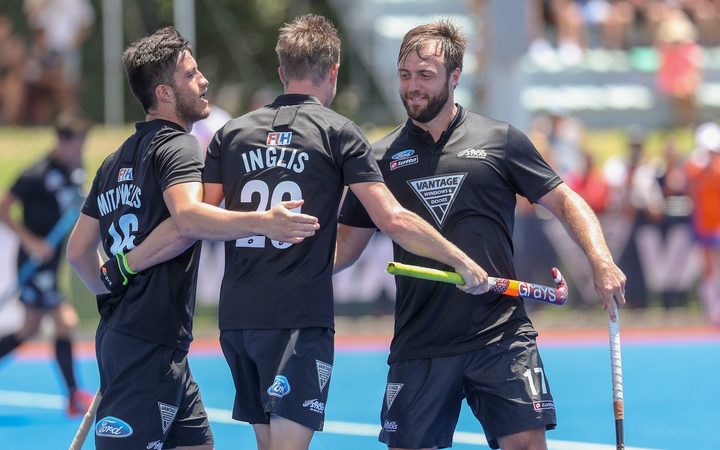 New Zealand controlled much of the first half and led 2-0 at halftime before an incredible surge saw a further seven goals scored between the two sides in the second half.

Japan scored three unanswered goals after the break to take the lead before the Black Sticks struck twice in the final five minutes to snatch the result.

Head coach Darren Smith said while it was disappointing to have missed out on the final, it was pleasing to finish in a positive manner.

"It was a tough match in hot conditions but I thought both sides played at a high tempo and we are pleased to come away with the result," he said.

"We're looking forward to continuing the challenge in Hamilton next week. This series is a fantastic opportunity to progress ahead of a very busy year."

After a high tempo opening quarter the Kiwis took the advantage when captain Blair Tarrant slipped a great ball into the circle for Marcus Child who tapped in past the goalkeeper.

Child scored his second goal of the match in the 25th minute after swooping on a penalty corner deflection and hitting home.

With New Zealand in control at halftime, Japan pulled a goal back immediately after the break when Shota Yamada sent a penalty corner flick into the cage.

Just a minute later it was a highlight reel moment for the Black Sticks when Marcus Child sent a long sideline overhead into the circle for Dominic Newman to showcase some brilliant skills and fire a bouncing ball past the goalkeeper.

But the Black Sticks equalised through a 55th minute penalty corner flick from Kane Russell before a stunning effort saw Hugo Inglis net just two minutes from the final whistle.

In the Four Nations final, Belgium held on under huge late pressure to defeat India 2-1 in a top quality clash.

Belgium scored a goal in each half with a Tom Boon penalty corner and Sebastien Dockier field goal, while India's lone goal came from Mandeep Singh in the 19th minute.