World No.2 Caroline Wozniacki has stormed into the quarter-finals at the Australian Open with a 6-3 6-0 demolition job on Slovakian Magdalena Rybarikova. 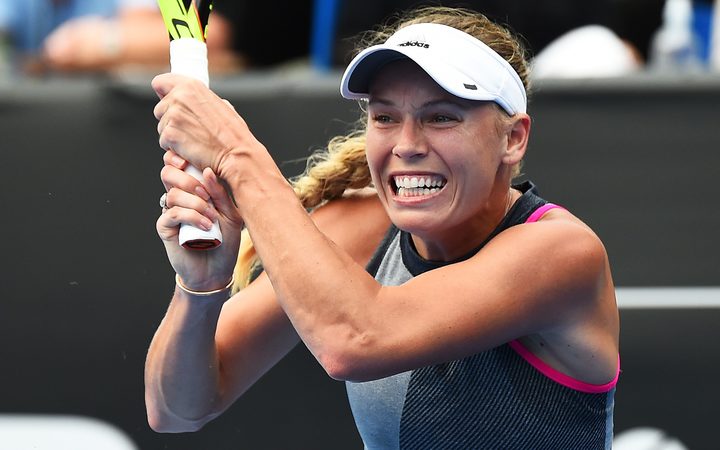 Still searching for a maiden grand slam title after more than a decade on tour, the second seed from Denmark needed only 63 minutes to end the challenge of No.19 seed Rybarikova.

Wozniacki's opponent in the last eight will by Spaniard Carla Suarez Navarro, who came from a set and two breaks against No.32 seed Anett Kontaveit from Estonia to win 4-6 6-4 8-6 on Sunday.

The Spanish veteran won six straight games from 4-1 down in the second set before Kontaveit recovered her composure to turn the deciding set into a dogfight.

"She started very good," said Suarez Navarro of her opponent.

"I always have to fight until the end.

"It was a really good match and I'm very happy to be in the next round.

Before this tournament, Kontaveit had won only six of 17 singles matches at grand slam level, including first-round departures at the 2016 and 2017 Australian Open.