New Zealand spinner Mitchell Santner says he might have to be a bit more discreet with his new delivery. 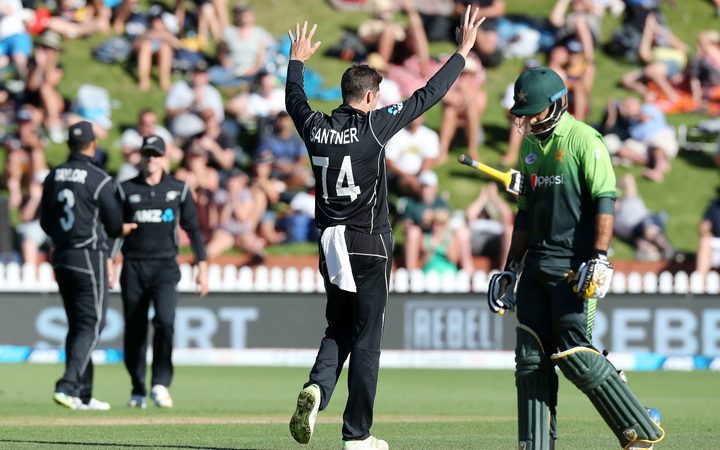 The left arm orthodox spinner has been throwing in his carrom ball on the odd occasion this summer.

In a carrom delivery the ball is held between the thumb and the bent middle finger, and spins the other way form a standard delivery.

"It resulted in at least one wicket during the Pakistan one day series."

Santner said it was something he has been working on for a while.

"I first used it in County cricket last year and I've been trying it in the nets."

"The grip is very similar to (Indian) Ravi Ashwin's ... he used it in the test series against us and I thought yeah that's not a bad ball."

Santner admits it's far from his best ball.

"On a wicket [that's suitable for spinning it's] better because it's hard to get a lot of rotation as I'm really just flicking it out."

He said it was getting too much publicity.

"I might have to try to disguise it a bit more because every time I look up it's on the big screen and they're analysing my grip.

"So yeah the key now is if they're looking for it is to disguise it a bit better."

The carrom ball was first used in the 1940's, but it became popular again when Sri Lankan Ajantha Mendis re-introduced it in 2008.

After sweeping Pakistan in the one-day series, the two sides now meet in three T20's with the first in Wellington on Monday.