England's top order fired in unison to give them a four-wicket win in the second one-day cricket international against Australia and go 2-0 up in the series. 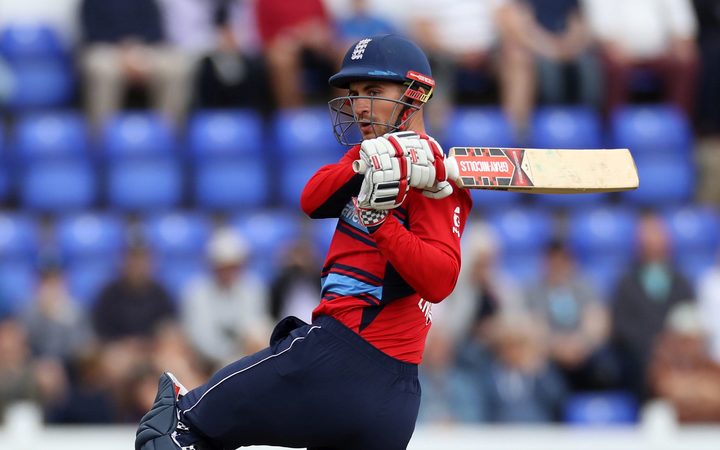 England's top order fired in unison to give them a four-wicket win in the second one-day cricket international against Australia as Aaron Finch's second straight hundred for the hosts could not prevent them falling 2-0 behind in the series.

Chasing 271 for victory in Brisbane, England reached their target comfortably with 34 balls to spare and need one more victory to wrap up the five-match series.

Finch had scored 107 in Australia's five-wicket loss in the first match and continued his fine form with 106 on Friday to help his side post 270 for nine after the hosts won the toss and opted to bat.

Yet the target was not steep enough for Eoin Morgan's side who looked comfortable despite losing last-match centurion Jason Roy to fast bowler Mitchell Starc for two in the first over.

Roy's opening partner Jonny Bairstow hit 60 and added 117 for the second wicket with Alex Hales, who made 57, to put England firmly on course for victory.

The touring side, who were beaten 4-0 in the Ashes tests, lost both Bairstow and Hales in quick succession to debutant paceman Jhye Richardson and then Morgan to Starc in a minor wobble but it was not enough to derail their march towards victory.

Test captain Joe Root and wicketkeeper Jos Buttler steadied the innings with a stand of 68 before the latter fell to Starc for 42.

Left-arm paceman Starc also dismissed Moeen Ali in the same over to pick up his fourth wicket of the innings, handing Australia a faint hope of victory.

Root, however, remained unbeaten on 46 and with Chris Woakes (39 not out) for company shut the hosts out.

Earlier, Finch was dismissed at a crucial juncture as Australia looked to up their scoring rate after being pegged back by the England spinners.

Moeen Ali was economical and picked up a wicket while Root picked up 2-31 in seven overs with his part-time spin.

Australia must now win the third ODI in Sydney on Sunday to keep their hopes alive in the series.