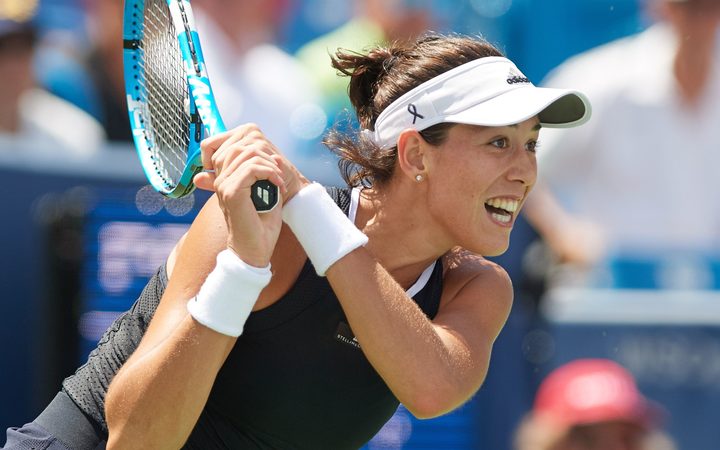 Hseih was almost in tears as she credited McNamee - the former long-time Australian Open tournament director - who was a conspicuous presence in her courtside box on Rod Laver Arena.

"He's always been around me and supporting me. He's amazing," said the 32-year- old ex-Wimbledon and French Open doubles champion.

"He was helping me to become world No.1 and be successful in doubles.

"But my goal to hire him at the beginning is to win a grand slam and then he pushed me to win two WTA singles (titles) and highest singles ranking.

"So it was amazing. We (have been) working almost four years together. Thank you, Paul."

Hsieh will next play Polish 26th seed Agnieszka Radwanska in the third round on Saturday.

A quarter-finalist at the 2017 Open before reaching the last four at Wimbledon, Konta joined a raft of seeds to make an early Melbourne Park exit this week when she lost 6-4 7-5 on Thursday.

Pera lost her final-round qualifying match and only gained a late entry to the main draw for the first time in Melbourne following the withdrawal of Russian Margarita Gasparyan.

But the world No.123 looked anything but of out place as she struck 26 winners, seven aces and converted four of 17 break-point chances to take the ninth-seeded Konta out in one hour and 40 minutes.

The Croatian-born 23-year-old left-hander will play Czech 20th seed Barbora Strycova on Saturday for a place in the fourth round.

French eighth seed Caroline Garcia narrowly avoided elimination, battling back from a third-set deficit to see off Czech Marketa Vondrousova 6-7 (3-7) 6-2 8-6 in a two-and-half-hour scrap played out in the searing early-afternoon heat.

The world No.5, who battled a viral infection at the Doha lead-up event, lifted his intensity after falling behind, slapping 34 winners to 19 in the final three sets.

Despite spending three hours and 48 minutes on court as the mercury soared to 39 degrees Celsius, the young gun, a semi-finalist at Roland Garros the past two years, still wasn't ready to cool down.

"I hate ice baths," Thiem, who reached the third round for a third consecutive year, said after the close call.

"I completely hate them. I will go for a warm shower now because I always shower warm, then maybe my physio can say that I go in the ice bath.

"But I'm not really pumped for it."

The young Austrian fired down 21 aces but credited his 25-year-old opponent, knocked out in qualifying at all four grand slams last year, with pushing him to the limit in scorching heat.

In a battle of the old stagers, Czech 19th-seed Tomas Berdych had too much firepower for Spain's Guillermo Garcia-Lopez and posted a 6-3 2-6 6-2 6-3 victory.