England head coach Eddie Jones has signed a contract extension to keep him in the role until 2021, working with his eventual successor in the final year. 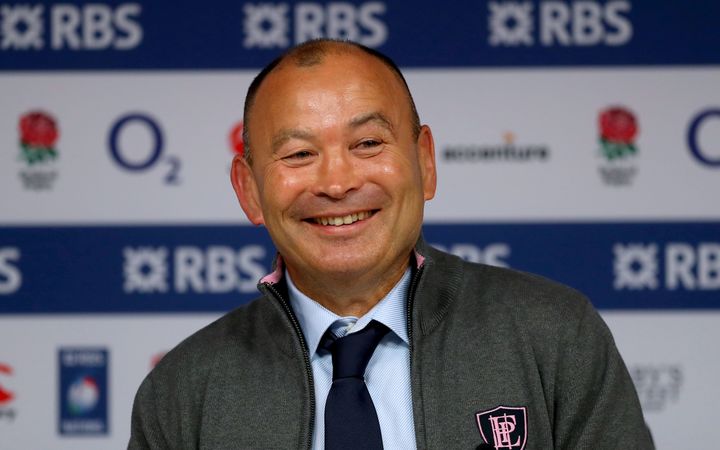 Jones, who took over the reins in November 2015, was originally contracted until the end of the 2019 World Cup campaign and the new contract includes a break clause based on England's performance in Japan.

The 57-year-old Australian has led England to consecutive Six Nations triumphs as well as series wins in Australia and Argentina.

The RFU said a process for appointing Jones's eventual successor had been agreed.

"This is likely to involve appointing a new head coach by the end of the 2019/2020 season, with a view to a smooth coaching transition," it said.

The future head coach would work with Jones until mid-2021, before taking over to lead England into the 2023 World Cup in France.

Jones said he was delighted to be asked to stay on in what had become a dream job.

"I have been completely focussed on developing a team capable of being the number one rugby team in the world and winning the World Cup in 2019," he said in a statement.

"I never take my role as England head coach for granted and did not presume I would be asked to stay on, but, once the conversations started very recently, it was not a difficult decision to make."

Steve Brown, the RFU chief executive, said Jones's results spoke for themselves with the Australian enjoying a 95 percent win rate.

"Under Eddie's leadership, we have risen from eight to second in the world -- and Eddie won't be satisfied until we are number one," he said.

"We now have a robust succession planning process in place which will avoid the historically disruptive pattern of resetting the coaching team and performance system every four years," added Brown.

"Eddie will be a big part of this process, and wants to ensure a smooth handover to his successor."

Jones is set to name his squad on Thursday ahead of England's opening Six Nations match against Italy on Feb. 4.