The Central Districts Stags are through to the final of the national domestic Twenty20 cricket competition. 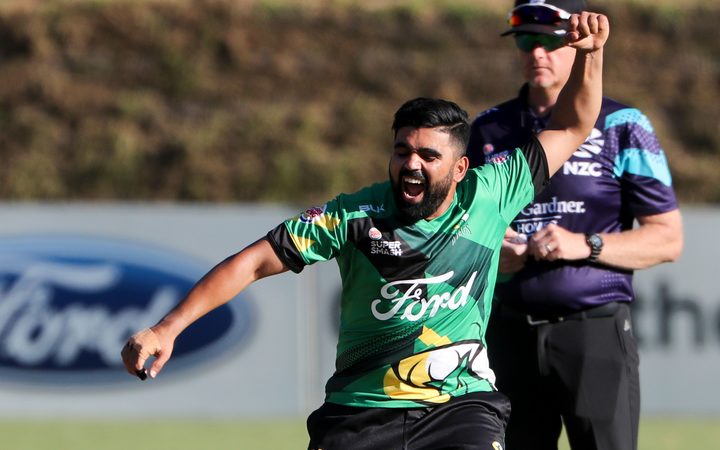 Playing for a spot in Saturday's title-decider against top qualifiers Northern Districts in Hamilton, the Stags powered to a 36-run victory against home side the Auckland Aces at Eden Park Outer Oval in Wednesday's elimination final.

CD set Auckland 164 to win, with the Aces never really a threat to chase their target as they were eventually all out in the 18th over.

The result gives the Stags a chance to one better than last season, where they were beaten by Wellington in the final.

Sent in by Auckland having lost the toss, the visitors worked their way to a total of 163-6.

In-form openers George Worker (11) and Jesse Ryder (2) both fell without making a big impact, but wicketkeeper Dane Cleaver led the way with a 33-ball 54 and fellow middle-order players Tom Bruce (28), Ben Wheeler (24) and Will Young (23) all made good contributions.

It was, however, the CD bowlers who played the key role in their team's triumph.

Seam trio Seth Rance, Wheeler and Blair Tickner tied the Aces top-order down in the early stages of the chase, laying the foundation for Ajaz Patel to complete the job with an impressive display of left-arm spin bowling.

Hope remained alive with captain Craig Cachopa at the crease but when he went, for 38 off 27 balls, at 108-8 in the 16th over, the Stags had all-but sealed their place in the final.

No 9 Ronnie Hira hit 22 off 19 as the only other Aces batsman to go past 20, before he was the last wicket to fall.

Meanwhile, New Zealand are two-from-two at the under-19 World Cup after a record-breaking 243-run demolition of Kenya in Christchurch.

Jakob Bhula struck 180 from just 144 deliveries for the hosts, the highest individual score in the history of the tournament, as the hosts posted a mammoth 436-4 batting first.

Opening partner Rachin Ravindra also making a century before falling for 117 off 101, the pair putting on 245 to set a new record for the highest first-wicket partnership.

The only real threat to a New Zealand win was the weather, rain delaying the start of Kenya's chase before spinners Ben Lockrose and Ravindra hurried few their first few overs in case of further showers.

But the clouds cleared, with the home side restricting Kenya to 193-4.

Ravindra once again leading the way with best figures of 2-33 from 10 overs.

New Zealand head to Tauranga ahead of their final pool game against South Africa on Saturday.