The trainer of New Zealand heavyweight boxer Joseph Parker has encouraged his WBO champion to embrace the challenge of a "career-defining" bout against Briton Anthony Joshua in March. 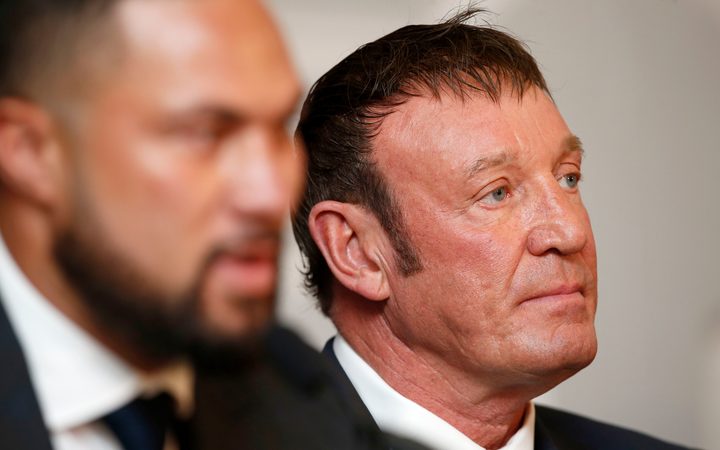 Kevin Barry is set to lead Parker through the toughest pre-fight camp of the South Aucklander's career in Las Vegas in the coming weeks.

Cutting through the bluster of Wednesday's London pre-fight press conference, Barry said Joshua would provide Parker with a career-defining test.

Irrespective of the 28-year-old IBF and WBA champion's ability to take a punch, Joshua would prove the most formidable foe of Parker's life to date.

He had already dispatched giants of the boxing world such as Wladimir Klitschko, as well as Carlos Takam, Charles Martin and Dillian Whyte.

"He went to a dark place, picked himself up off the canvas and came back with a sensational win, one of the fights of (last) year.

"So my challenge to my fighter is that I need this to be his greatest performance - if he can show the public and Anthony Joshua in March what I see in the gym when he's at his best, he's a very hard guy to beat."

Barry conceded Joshua was bigger and stronger than Parker, but felt his fighter had better footwork, speed, stamina and durability.

His camp had been working towards the bout for at least three years, picking up the WBO title in December 2016 and defending it twice.

"We knew this day was going to come, provided both guys stayed undefeated," Barry said.

"Joseph is a historian and knows this fight is about his place in history, he'll give every single piece of sweat and ounce of blood in his body to be the best."