Former world champion Anthony Mundine has slammed fellow Australian boxer Jeff Horn, saying the Queenslander only gets attention because of his skin colour. 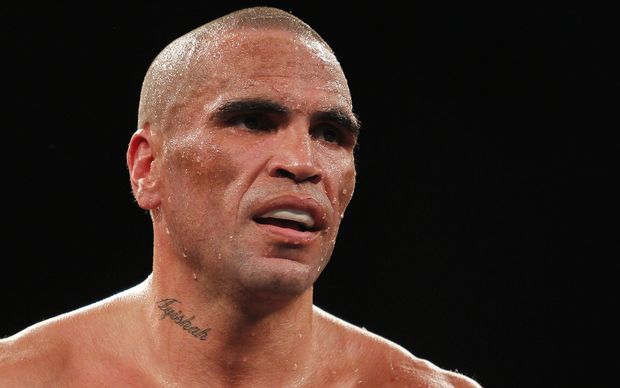 Mundine was hoping to fight Horn this year before the 29-year-old elected to head to the United States for his next bout.

"He's only the flavour of the month because he is a white boy, just like Danny Green was the white boy," Mundine told News Corp Australia.

"You've just got to look at society -- whites get privileges.

"I don't care if you're white, black, brown, whatever, it's your heart that makes you.

"But in the western society, whites get privileges, and because Horn is white, he gets all that attention and media coverage."

Mundine also called for Australia Day to be moved from January 26, and later posted on Facebook to vigorously deny he ever slammed Horn's heritage, as was claimed on the front page of The Daily Telegraph.

"I see the papers are at it again trying to word things like I'm a racist to white people," Mundine wrote.

"First thing I couldn't care what colour you are... I got white blood in me also but I will never stand down from speaking the truth & fighting injustice!!!

Horn, who has agreed terms to defend his WBO welterweight title against Terence Crawford instead of taking up a $2 million fight with Mundine, paid little attention to his comments.

"It's just same old Mundine being Mundine; I think we all know what he's doing," Horn said.

"I don't know why he has to belittle my achievements and bring race into it."