Central Districts all-rounder Ben Wheeler has earned a re-call to the New Zealand cricket team after an absence of almost a year. 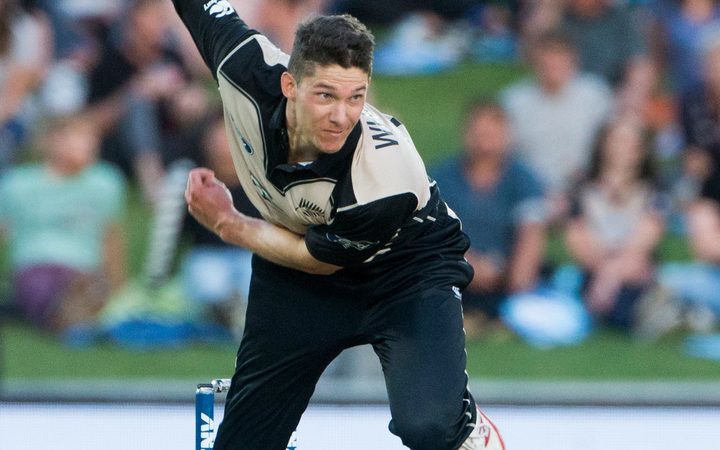 A left-arm seamer capable of swinging the ball and a handy middle-lower order batsman, Wheeler was one of 13 named on Wednesday in what has been called an "interchangeable" squad for the looming three-match Twenty20 series against Pakistan.

Fellow Stags new-ball bowler Seth Rance also returns to the Black Caps set-up after featuring in two of the three recent T20s against the West Indies, the 30-year-old joining the squad early in time for the fifth and final ODI against Pakistan in Wellington on Friday.

The other notable feature of the group is several players being rested across the series.

Trent Boult and Lockie Ferguson will not play in the first match, with Boult also missing the final ODI.

Fellow seamer Tim Southee will not feature in game two and senior batsman Ross Taylor is playing game one only.

Wheeler played four T20s for the Black Caps last summer, the last against South Africa in Auckland in February, taking five wickets at a strike-rate of 17.

The 26-year-old from Blenheim, who has played six one-day internationals for New Zealand, has an overall T20 record of 47 wickets from 35 games.

This season he has seven wickets at a strike rate of 27 and 128 runs at a strike-rate of 152, including 10 sixes, as part of a Central Districts side which faces Auckland at Eden Park Outer Oval on Wednesday for a place in the domestic T20 final.

National selector Gavin Larsen said it was exciting to have Wheeler back in the mix, adding there were a number of others who had pushed their case.

"Ben's ability to swing the ball makes him a threatening bowler and his batting power and athleticism in the field compliments that nicely.

"It will be nice to see more of Ben and Seth while we manage the workloads of Tim and Trent.

"Tim Seifert, Anton Devcich, George Worker - we have seen in the domestic competition we have some real batting power waiting in the wings."

Larsen also made special mention of Mark Chapman, a spin bowling all-rounder who has been a standout for Auckland, as being unfortunate not to be selected.

"We have three guys who were seriously considered for that specialist batsman spot at number five, however we've backed the incumbents who have performed so well of us in recent times.

"Mark has been really impressive for Auckland, but with the form that Tom and Ross have been in we felt they deserved to continue getting opportunities.

"We'd like to see Mark continue to work on his bowling, which could open up other opportunities for him outside of just that number five spot."

Players named in the T20 squad not involved in the final match of the ODI series against Pakistan will be available to represent their domestic side in the final of that competition.

However, they won't be available should that final be postponed to the reserve day.

Game one of the T20 series is on Monday next week at Westpac Stadium in Wellington.