Team New Zealand, who stormed to America's Cup glory in June, have been shortlisted for the prestigious Laureus World Sports Awards Team of the Year. 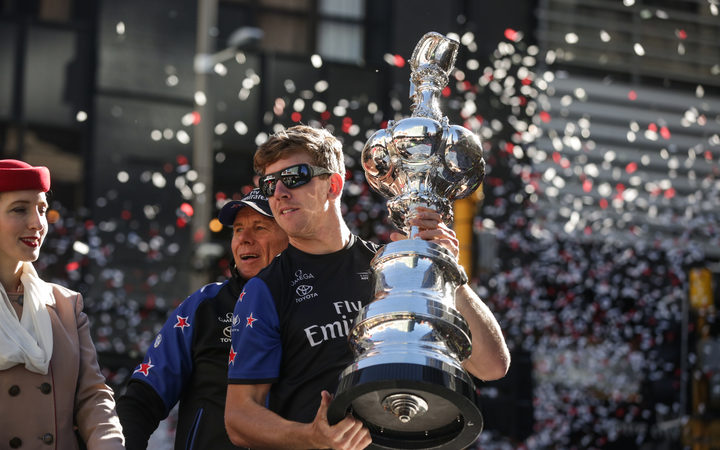 Helmed by 26-year old New Zealand Olympic gold and silver medallist Peter Burling, now the youngest winning helmsman in the history of the America's Cup, New Zealand gained revenge against Team USA, to whom they had suffered a crushing 9-8 defeat in the 2013 America's Cup.

The eventual winners, as voted for by members of the Laureus World Sports Academy, will be revealed in Monaco on February 27.

"Team New Zealand are truly honoured to be nominated for this prestigious award alongside some other remarkable teams. We know the effort that went into winning the America's Cup but what we are equally proud of is the very special group of people that came together in the true essence of the word team. Without the team there would not have been the victory."

Sean Fitzpatrick, All Black legend and Chairman of the Laureus World Sports Academy, said the nomination was thoroughly deserved.

"The Laureus World Team of the Year category is one of the strongest in this year's list of Nominees. With the support of the entire country, The New Zealand America's Cup Sailing Team showed great spirit and fight to win the greatest prize in their sport. It is testament to their efforts that they are now competing with the biggest football, Formula One, American football and basketball teams in the world for a prestigious global sports Award. Huge congratulations to Glenn Ashby, Peter Burling and the entire team for their Nomination."