New Zealand Football say they have identified the potential creator of a bogus article claiming chief executive Andy Martin had resigned his position. 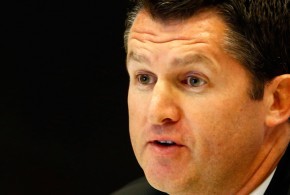 Appearing as if it was from the national body's website, the news story which surfaced on Friday last week said Martin had advised the board he was stepping down immediately and suggested the search for a replacement would begin straight away.

However, the story was confirmed as fake by NZF a couple of hours later and on Tuesday they released a statement following an investigation into the incident.

"New Zealand Football is pleased to confirm the recent fake article was not a hack of its website but rather the illusion of a bogus article.

"The news story - which suggested that Andy Martin had resigned from his position as Chief Executive - was fabricated by a person who made the bogus article appear as if it was from New Zealand Football's website to anyone who followed their specific URL.

"Since the article was not published on the NZF website, people could not find this article by visiting the NZF site. They needed to follow or be sent the bogus URL.

"New Zealand Football and Sportsground have investigated the incident and identified the potential offender."

NZF added they have been working with a website provider to create a new digital platform and said they took a "very serious" stance on the issue of website integrity.