NSW Waratahs have poached a potential All Blacks hooker from under the nose of New Zealand rugby. 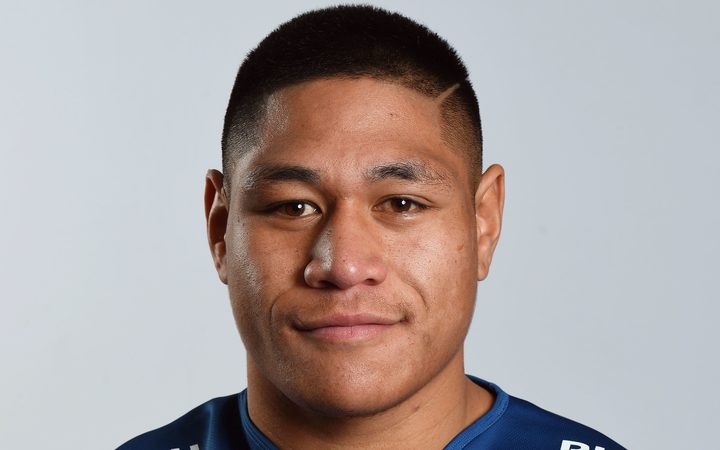 The Waratahs have signed 20-year-old Junior All Blacks forward JP Sauni on a development contract for the 2018 Super Rugby season.

"The main reason is I want to be at a club that really wants me," Sauni said.

"The Waratahs have offered me something really positive and will help me develop my rugby to get to where I want to be.

"Secondly, my family is in Melbourne. Being in Sydney it feels like Melbourne is like a two-minute drive."

Born in Auckland, Sauni moved to Melbourne with his family when he was 16-years- old and played rugby for the Endeavour Hills club.

Sauni may not have progressed very far in the game if not for the tough love of his uncle Filipo Saena, who played five-eighth for Samoa at the 1991 World Cup.

Sauni had ballooned to 150kg and his uncle whipped him into shape, training him so hard it made him cry.

"My uncle saw potential and rugby skills at a massive weight," Sauni said.

"He said how 'bad do you want to play? What are your goals?'

"I told him I just want to play rugby.

"He gave me his honest opinion. He said 'if you want to play rugby you have to chop that weight, you are way too heavy'.

"He trained me really hard every day.

"I remember my first session I cried.

"I couldn't really run at that time and he just kept pushing me."

Sauni, who is now a trim 104kg, played for the Melbourne Rebels in the Super Rugby under 20s competition in 2016 before returning to

New Zealand for a year.

He played for the successful New Zealand under 20s team at the world championship in Georgia last year.

Sauni decided his future lay in Australia after he was spotted by Australian under 20s coach Simon Cron, who is now the Waratahs forward coach.

"My goal is to take it step by step," Sauni said.

"The first step was to join the Waratahs and just kick off the pre-season.

"I'm not really thinking further ahead."

Sauni is still eligible to play Test rugby for Australia, New Zealand and Samoa and is keeping his options open.

"All I care about is getting back with my family."