Ross Taylor is poised to join an exclusive club of New Zealand cricketers when he plays his 200th one-day international for the Black Caps when they take on Pakistan in Hamilton on Tuesday. 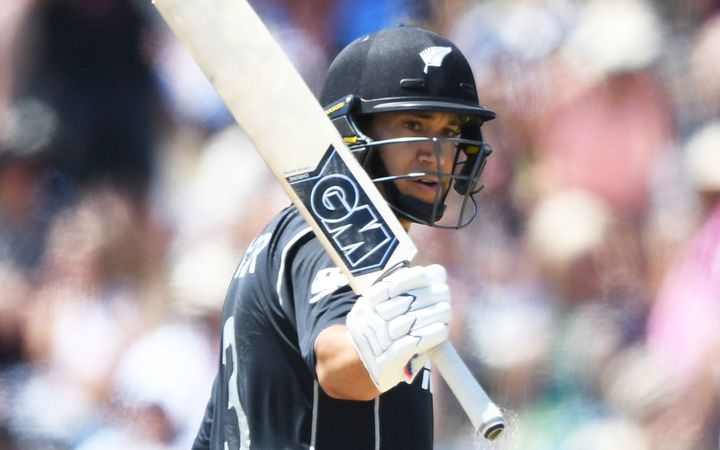 New Zealand coach Mike Hesson said Taylor deserved plaudits for not only his length of service, but also the consistency of his output over the past 12 years.

"His record has been phenomenal, year-in, year-out," Hesson said.

"And, if anything, he's playing better now than ever - so we're delighted to have his experience and skills within the squad.

"It's testament to Ross' appetite and passion for cricket that he's still working hard to continue to develop his game now."

Black Caps captain Kane Williamson made special mention of Taylor's influence on the team's fortunes over his career so far.

"Ross has had an enormous bearing on our success over a number of years and, if anything, seems only to be getting better," said Williamson.

Taylor, a finalist for the Halberg Sportsman of the Year award, scored the first of his New Zealand record 17 ODI centuries in this third game (against Sri Lanka) and enjoyed a purple patch in 2014 when he scored three consecutive centuries - the first two against India and the third against Pakistan.

"In the pantheon of New Zealand batsmen, Ross stands shoulder-to-shoulder with the finest players we've ever seen," he said.

"I just want to congratulate him for his fantastic career so far, both on behalf of everyone at NZC and the wider New Zealand cricket family."