An exciting race for the third and final spot in the playoffs of cricket's national domestic Twenty20 competition has ended with the Central Districts Stags joining the Northern Districts Knights and Auckland Aces in the hunt for the title. 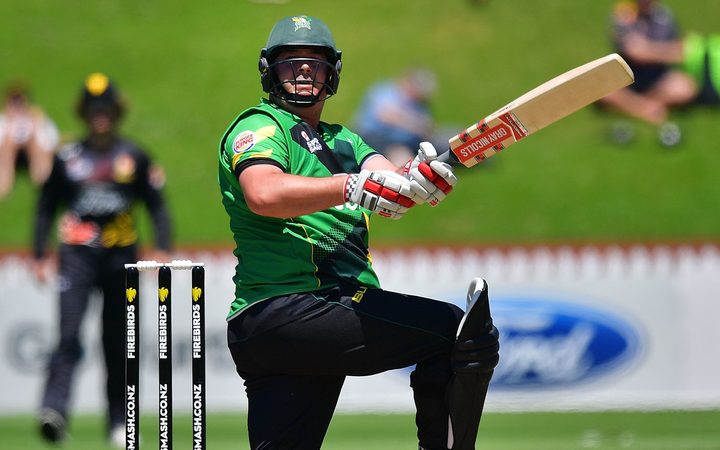 ND and Auckland had already qualified heading into Sunday's final round matches, with Canterbury, CD and Wellington all in contention to join them.

In what was a convulated equation, the Stags advanced after they beat Wellington by 29 runs in the capital and Canterbury let a strong position slip to lose by four wickets against the Knights in Hamilton.

Dean Brownlie was key for ND, the former Black Caps batsman belting 86 from only 50 balls as ND fought back from 55-4 to reach their target of 191 with seven balls to spare.

Knowing they needed victory at the least, and potentially a big win if Canterbury also won, CD gave themselves a strong chance as they set the Firebirds a stiff target of 195 to win at the Basin Reserve.

Jesse Ryder top-scored with a typically powerful 52 from only 35 balls and combined in a blistering opening stand of 96 with George Worker, who made 38 off 25.

Tom Bruce capitalised on that foundation, clubbing 46 from 20 in the back half of the innings.

Wellington lost openers Luke Ronchi and Hmaish Marshall, both falling to left-arm seamer Ben Wheeler, with just 24 runs on the board.

An aggressive third-wicket partnership between Tom Blundell and Samit Patel had the hosts back on track, but the loss of Blundell (30 off 19) at 71-3 signalled a stalling of the momentum.

Patel was unable to find the boundary with enough regularity, allowing the run-rate to climb as the Stags strengthened their grip on the match.

The English all-rounder eventually fell for 38 off 39, with late flurries from Devon Conway (32 off 23) and Luke Woodcock (19 off 10) unable to prevent the Firebirds coming up well short.

In Hamilton, Canterbury were well placed to win with four ND batsman back in the hut and the run-rate climbing towards 13-an-over.

Brownlie, though, had other ideas, the batsman with 35 international appearances to his name smashing six fours and six sixes to put his side within 45 runs of victory and in the drivers seat.

Nick Kelly (27 off 13) and English import Chris Jordan (22 off 10) did the rest, their seventh-wicket stand of 45 from only 19 deliveries denying Canterbury a place in the final three.