An early red card and a late own goal on a chilly Wellington night allowed the Phoenix to sneak a 2-1 win over 10-man Melbourne Victory in their A-League football clash. 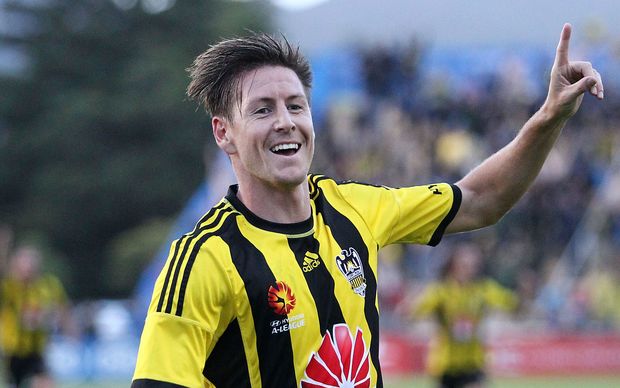 Melbourne played more than 80 minutes a man down after Rhys Williams was sent off in the eighth minute, but Wellington were unconvincing despite their numerical advantage.

Trailing 1-0 at halftime, the Nix needed two second-half goals to get home for just their second win of the season.

Williams' over-enthusiastic tackle on Andrija Kaludjerovic earned only yellow initially, but was upgraded to red after the VAR ruled the central defender's foul had stopped a clear goal-scoring opportunity.

"So are we going to say that ultimately the correct decision was made? Because it was - I don't think Rhys got anything on the ball, and he was the last man.

"We made a couple of uncharacteristic mistakes tonight, individual mistakes that make it hard to execute as we planned."

The former Socceroo played an influential role in just his second game back at Wellington since his stint in 2014-15.

"Nathan changed the game when he came in - he did exactly what I expected of him," Kalezic said.

"He was dangerous one on one and he's a smart player. I think he got six or seven shots on goal... he is a player who is proactive, not reactive."

Wellington couldn't capitalise despite being a man up, and paid the price in the 40th minute when Melbourne pounced on a combination of disorganised defending and poor keeping.

Kalezic boosted his midfield further in bringing on his second new signing, Serbian midfielder Matija Ljujic, after the break but the new combination again took time to settle.

The equaliser finally came in the 64th minute, after Victory keeper Lawrence Thomas fumbled a stinging strike from Burns and Roy Krishna pounced to tap home.

Burns also featured in Wellington's 83rd-minute winner, drilling a low cross into the box which took a touch from Melbourne defender Mark Milligan before dribbling across the line.

Kalezic was satisfied with the way his team fought back after trailing at half-time.