The England cricket captain Joe Root has been released from hospital and is likely to bat if needed in the fifth Ashes Test at the Sydney Cricket Ground.

Root was hospitalised this morning with severe dehydration.

However he's back at the ground with England attempting to save the Test on the final day . 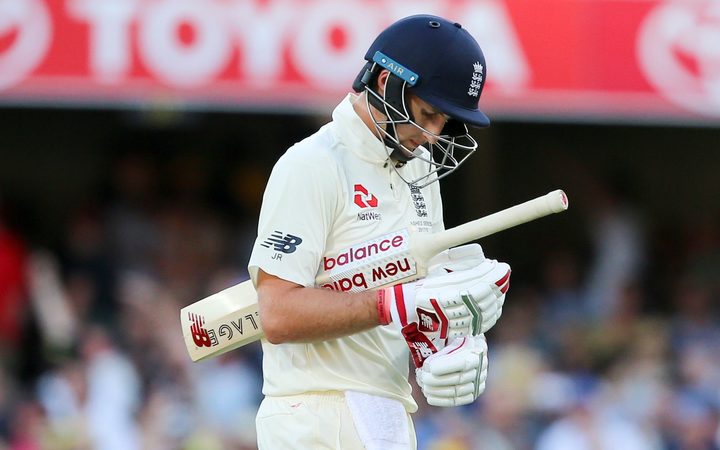 Root was set to return to the crease on 42 as the visitors bid to avoid losing their last six wickets to hand Australian a 4-0 series victory, having endured extremely hot temperatures in the field on day four.

Root's demise has coincided with his team's as the battled their way to 93 for four at the end of day four, still 210 runs behind Australia's first innings total.

Australian brothers Shaun and Mitchell Marsh had earlier both scored centuries on a scorching morning at the Sydney Cricket Ground to put Australia in a position where they could declare on 649-7 in the second session.

England, already 3-0 down in the series with the urn relinquished, had toiled in the field in temperatures in excess of 40 degrees Celsius with little success and their luck did not change when they came out to bat.

Openers Alastair Cook and Mark Stoneman went cheaply inside the first six overs of their second innings with James Vince (18) and Dawid Malan (five) following in the final session.

Skipper Joe Root, who made an unbeaten 42 despite playing with an injured finger, and Jonny Bairstow (17 not out) will take England's fight to save the test into the final day.

The Marsh brothers had earlier joined the Chappell siblings Ian and Greg (1972) and the Waugh twins Mark and Steve (2001) in scoring centuries in the same innings in an Ashes test.

Shaun Marsh made 156 from 291 balls before being run out by a Stoneman direct hit just after lunch, with Mitchell having departed for 101 on the delivery after securing his second century when Tom Curran took out his off stump.

The brothers both scored their second centuries of the series in a brilliant 169-run partnership that built on the mammoth 171 Usman Khawaja scored on Saturday.

It would have been a particularly sweet partnership given Shaun was a controversial selection for the series, his eighth recall to the test line-up being met with disbelief in some quarters, and Mitchell brought in for the third test in Perth.

Mitchell was the second to reach the milestone about an hour into the morning with two runs past point and Shaun was in such a hurry to congratulate his little brother that he almost ran him out.

Shaun, 34, had started the day on 98 with Australia 479 for four and took just five balls to secure his sixth test century by crunching Moeen Ali through the covers for one of the 18 fours he scored in his 403-minute knock.

While Australia flourished with the bat, England continued to struggle.

Cook did become the sixth batsman to score 12,000 runs in tests but the ovation had barely been completed before Stoneman was dismissed for a duck by pace spearhead Mitchell Starc, the batsman reviewing the lbw decision to no avail.

Former skipper Cook was dismissed for 10 rocking back in his crease to a superb delivery from spinner Nathan Lyon that removed the bail from his off stump.

Vince enjoyed a rare England success with the DRS to reverse a caught behind verdict on 15 but he made just three more runs before offering up another poor shot to a Pat Cummins delivery which caught a nick which Steve Smith juggled to take at slip.

Root needed lengthy treatment on his right index finger after taking a rap on the digit from a Starc delivery before Malan was trapped lbw on his back foot by Lyon for five, the review system again failing England.