Willian ran the show in the absence of Eden Hazard as Chelsea thrashed an abject Stoke City 5-0 to go second in the Premier League, 13 points behind leaders Manchester City. 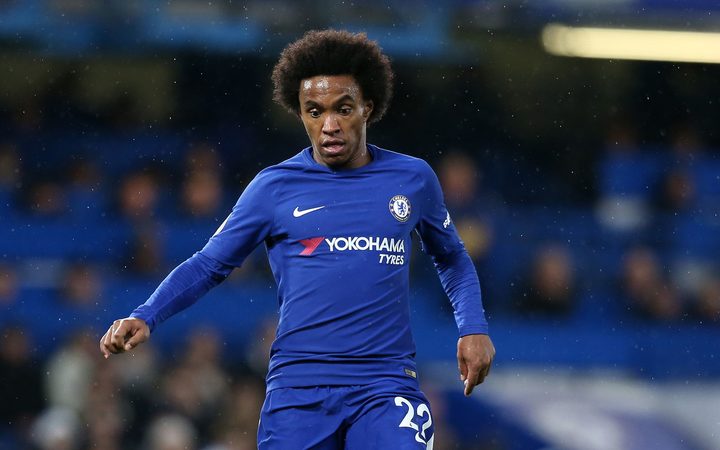 Chelsea dominated their clash from the start despite resting Belgian star Hazard ahead of next week's clash at Arsenal, with Antonio Rudiger heading home Willian's free kick in the third minute to put his team in control.

Danny Drinkwater broke Stoke's spirits six minutes later as he rifled a half- volley home from nearly 25 metres to net a spectacular first goal for the Blues and Willian teed up Pedro for the third in the 23rd minute.

The Brazilian capped a superb display by slotting home the fourth from the penalty spot near the end after being fouled by Geoff Cameron, with Davide Zappacosta slamming home a fifth goal late on to complete a hefty rout.

Mohamed Salah kept up his stunning form in his debut season for Liverpool, scoring twice in their come-from-behind 2-1 win over Leicester.

The Egypt forward responded to Jamie Vardy's third-minute opener at Anfield to score in the 52nd and 76th minutes and take his tally in all competitions to 23 goals, with his 17 in the league leaving him one behind top scorer Harry Kane.

Elsewhere Swansea moved off the bottom of the table with a 2-1 win over faltering Watford while Everton, who had only conceded two goals since Sam Allardyce took over earlier this month, doubled that tally in losing to Bournemouth by the same margin.