Serena Williams has returned to tennis four months after giving birth, putting up a fight before losing to French Open winner Jelena Ostapenko 2-6 6-3 10-5 in an exhibition match in the UAE. 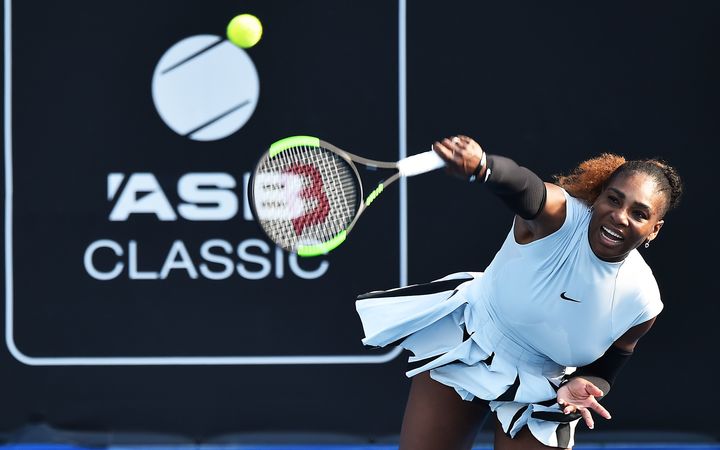 The 36-year-old was playing her first match since winning the Australian Open last January while eight weeks pregnant with daughter Alexis.

The comeback effort thrust Williams into the running as an Australian Open contender with the first grand slam of the season starting in just over a fortnight.

She remains a question mark for the Australian Open and has not officially committed to the major. Tournament officials are sticking to their story that the holder will be back to defend her title.

Williams lost the opening set to her Latvian opponent but bounced back to take the second before falling in the abbreviated third in the Gulf.

Williams won her 23rd grand slam title 11 months ago in Melbourne and came good on her vow to get back on-court so soon after giving birth.

"I'm excited, it's good to be back on the court," Williams said. "First matches back are always super incredibly hard, especially after having a baby.

Williams' new husband, internet mogul Alexis Ohanian, was in the stands for the match in Abu Dhabi.

"She (Williams) was my idol growing up and I really love the way she plays, playing her was really special," Ostapenko said.