Arsene Wenger has celebrated another landmark night in his garlanded Premier League career, with an Alexis Sanchez double inspiring his Arsenal charges to a pulsating 3-2 win at Crystal Palace. 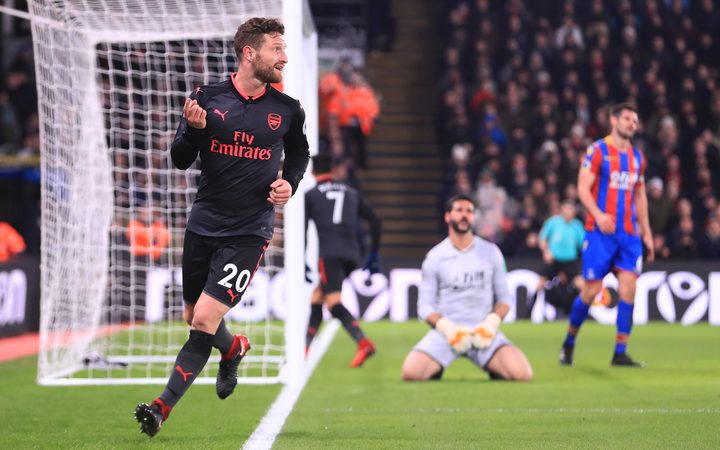 "Overall it was a convincing win even though in the second half it was harder than the first," Wenger told Sky Sports.

"We found the resources to score two great goals and from then we never gave up. You want to win the game no matter how you suffer in the end. We did that."

Shkodran Mustafi had given the dominant visitors a deserved lead after 25 minutes but Arsenal were made to rue a host of near-misses as Palace roared back after the break with a well-worked Andros Townsend goal.

Then Sanchez, whose future at Arsenal remains uncertain, demonstrated his world- class talent, with a thunderous 62nd minute snap shot and then a lovely piece of control and fine finish from Jack Wilshere's long, precise through ball.

"It is difficult when you come to places like this," Mustafi said.

"You have to adapt to their game especially when you don't have the ball. We did well."

Despite James Tomkins ensuring a nervy finish with a late headed goal for Palace, the win left Arsenal in sixth place in the league but they moved on to 37 points alongside Tottenham Hotspur and to within a point of the top four.

Palace, beaten for the first time in nine games, are 16th on 18 points, just a point above the relegation zone.

"In the first half we were majorly disappointing, they dominated and then we gave them a good game in the end," Tompkins said.

"A lot of the lads were tired out there and they moved the ball well, but we could have nicked a draw in the second half."