The Premier League's bottom team Swansea City have appointed Carlos Carvalhal as manager until the end of the season with an option of an extension. 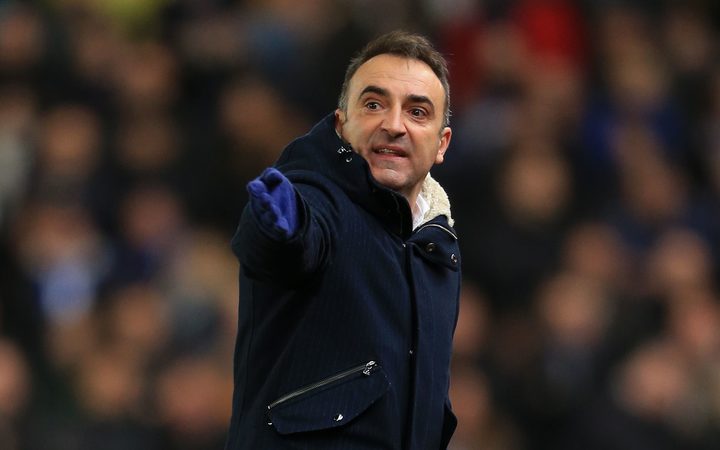 Portuguese manager Carvalhal parted company with second-tier Sheffield Wednesday on Christmas Eve after two and a half years at Hillsborough, leading them to Championship play-offs in successive seasons but failing to take them into the top flight.

The 52-year-old replaces Paul Clement, who left the Welsh club earlier this month propping up the league after less than a year in charge.

Clement had taken the reins in January after Swansea had struggled under Italian Francesco Guidolin and American Bob Bradley, and succeeded in keeping the Swans in the top flight.

But this year the South Wales team have struggled again and are currently five points from safety and favourites to go down.

Swansea chairman Huw Jenkins said after landing Carvalhal: "We are very pleased with the appointment.

"We felt we needed to get the managerial situation resolved as soon as possible and while the timing is not always perfect, we can look forward to the second half of the campaign with renewed optimism," he said.

"He has built up a lot of experience over the years which will ensure the team is structured and organised. He is driven and ambitious and while he has a big challenge ahead of him, I know he will tackle it without fear."

The much-travelled Carvalhal has managed 15 teams in four countries. He began his managerial career in 1998 at Espinho, the Portuguese club where he finished his playing career.

Having also managed Sporting Lisbon, he worked at Turkish clubs Besiktas and Istanbul Basaksehir before moving to Sheffield Wednesday.