Roger Federer is vowing to stay cool as he strives to repeat his magical 2017 season.

Revitalised after a 14-day family holiday in the Maldives, Federer has arrived in Australia ready to embark on his milestone 20th year on the professional tennis tour. 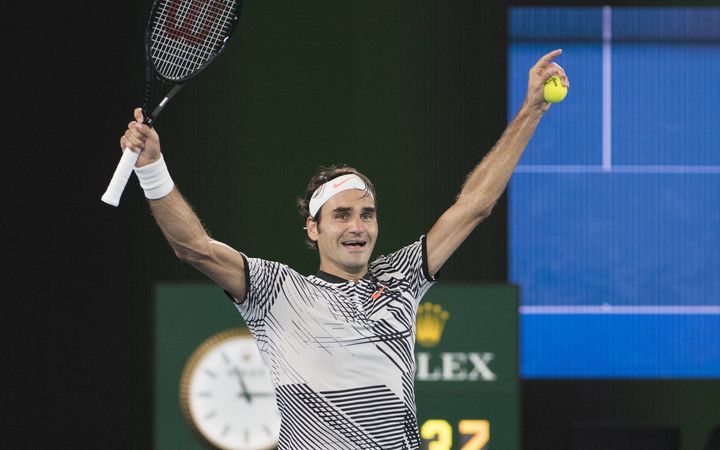 The Swiss superstar touched down in Perth this morning ahead of the Hopman Cup starting on Saturday.

It was at the mixed teams event last year that Federer launched one of the most incredible seasons of his unparalleled career.

Travelling with his wife, four children and a pair of nannies, the 36-year-old knows he faces tennis' version of mission impossible to replicate his extraordinary 2017 campaign, when he won the Australian Open in his first official tournament back after six months out rehabilitating his surgically- repaired knee.

He also landed an unprecedented eighth Wimbledon men's singles crown - without dropping a set for the first time - to take his record grand slam tally to 19.

All up, Federer won a tour-topping seven titles, lost just five matches and finished as the oldest year-ending world No.2 in history.

"Expectations are higher now but I try to remind myself: 'Just don't think it's normal and realistic to aim for the same things I did this year in 2017'," he said.

"I've got to try and keep it cool. Try my best and see what happens, but the preparation's been good so far. We'll see how things go."

Federer will again partner Belinda Bencic at the Hopman Cup, his only event before launching his Melbourne Park title defence on January 15.

Switzerland begin group play on Sunday against the Japanese team of Yuichi Sugita and Naomi Osaka.

As well as chasing a 20th career major at a time most other players are tuning into the slams in slippers with a cup of tea, Federer will continue hunting records almost every time he steps on court.

The five-time champion has made the semi-finals on 13 of his past 14 visits and will be chasing victory No.88 in Melbourne in three weeks time.

Federer will open season 2018 with a mind-boggling 1132 career wins, compared to 250 defeats, and looking to add to his 95 worldwide trophies, second only to Jimmy Connors' open-era benchmark of 109.