The New Zealand cricketers have completed a three nil series whitewash over the West Indies, with a comprehensive 66 run win in the third and final game in Christchurch.

The match got underway on time but forecast rain arrived early in the afternoon and kept players off the field for five hours, with the match eventually shortened to 23 overs a side.

The Black Caps stuttered to 131-4, thanks mainly to a 73-run partnership for the fourth wicket between stand-in skipper Tom Latham and the in-form Ross Taylor having been reduced to 26 for three at one stage. 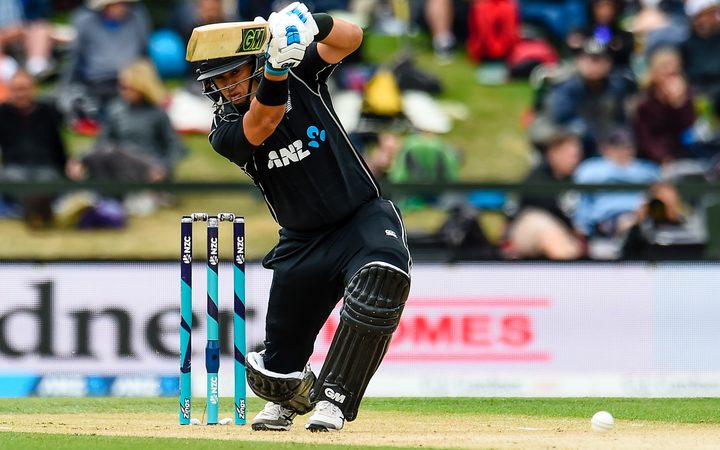 They recovered to 83-3 at the 19 over mark with Latham and Taylor getting the match back on track for New Zealand before increasingly steady rain first forced the players from the field just before 12.30pm, with the game eventually restarting nearly five hours later.

Latham made 37 off 42 balls before he was stumped by Shai Hope off Nikita Miller three balls into the 20th over.

Taylor and Henry Nicholls (18 no) added 32 runs off the final 21 balls, Taylor anchoring the innings with his unbeaten 47 off 54 balls.

Under the Duckworth Lewis Stern system the West Indies target was re-adjusted to 166 however they were never in the hunt losing wickets at regular intervals and at one stage were nine for five.

The return of big-hitting opener Chris Gayle, who missed the second ODI and played a limited part in the first, due to illness didn't help the tourists. 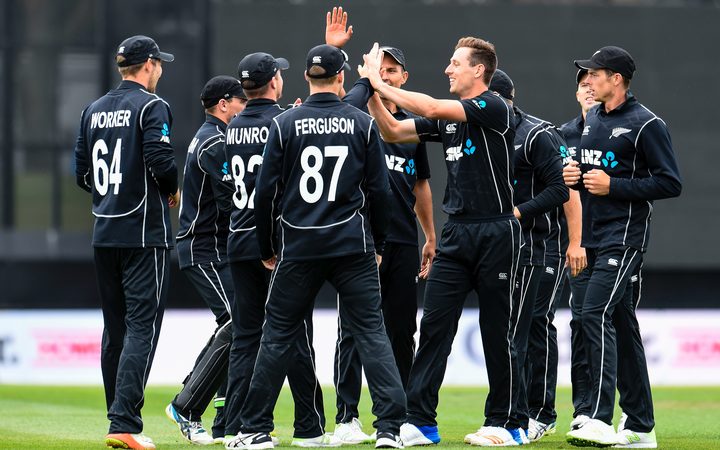 Gayle could only score four and with the Windies slumping to 9-5 the match was effectively over after just four overs into their run chase.

The tourists limped through to 99-9 in their 23 overs, with skipper Jason Holder top scoring with 34.

New Zealand comfortably won the first two ODIs, the first by five wickets in Whangarei last Wednesday, and the second by 204 runs at Hagley Oval on Saturday.

The West Indies will finish their tour with a three-match Twenty20 series against New Zealand, beginning at Saxton Oval in Nelson on Friday.

The two sides now play a three match T20 series, the first game of which is in Nelson on Friday.

Meanwhile the Canterbury captain Andrew Ellis has become the first player to reach 100 T20 wickets in the domestic provincial competition.

Ellis reached the milestone in his side's six wicket win over Otago in Alexandra.

The match at the Basin Reserve between Wellington and Auckland was washed out.

Look back on the live commentary of the Black Caps game here: