Mitchell Starc's run of Boxing Day Test misery has continued, with Australia's hobbled spearhead ruled out of yet another major MCG match.

Starc first donned the baggy green in 2011. The express paceman has featured in 39 Tests but only one of them has started on Boxing Day.

The left-armer was determined to prove his fitness this week, having suffered a bruised heel in Perth while helping Australia claim an unassailable 3-0 lead in the Ashes. 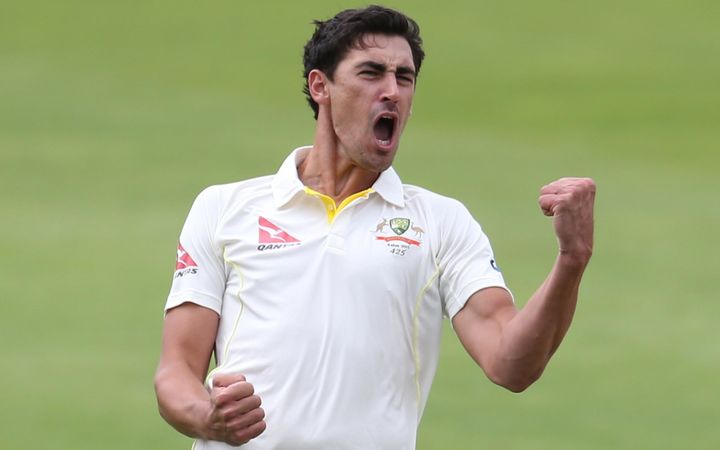 But there simply wasn't enough time for Starc to recover from the injury to his landing foot, with management officially ruling a line through his name on Sunday.

Jackson Bird will face England in the fourth Test, with Josh Hazlewood to lead the attack.

"You do feel that extra responsibility I guess but I've played quite a few Tests without Mitch now. It feels a bit normal.

"Birdy's played a lot of cricket, Patty (Cummins) has played a fair bit now as well."

Australia's Test against Pakistan last year is Starc's only Boxing Day experience at the MCG.

Starc is still seething about the 2012 Boxing Day Test, when he was rotated out of the attack because of workload concerns.

"We're joking around - it's still a bit off limits those jokes around Boxing Day," Hazlewood quipped.

Bird will play his first Test since the corresponding fixture in 2016.

The right-armer has been a constant presence in Australia's Test squad this year but always been on drinks duty.

"I've been ready to go for 12 months basically," Bird said.

"I had a week in the Perth nets working on a few different things with Sakesy (bowling coach David Saker).

"It'd be unbelievable to play an Ashes Test on Boxing Day."

Starc's resilience has impressed senior figures. He refused to drink alcohol after Australia's crushing win at the WACA, wanting to give himself the best chance of playing.