Manchester City extended their winning sequence to 17 with a 4-0 thrashing of Bournemouth after champions Chelsea suffered a goalless stalemate at Everton to fall even further adrift of the runaway Premier League leaders. 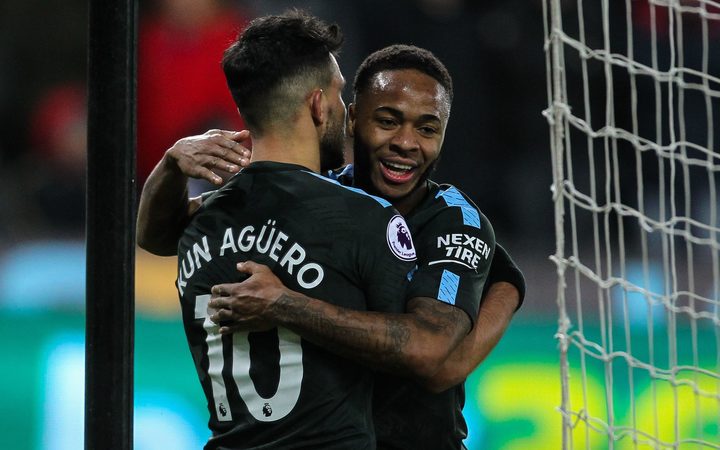 Pep Guardiola's City slickers began their unprecedented run of domestic league triumphs away to Bournemouth in August when a 97th-minute winner from Raheem Sterling sealed the points.

They found the south coast side an easier nut to crack this time with Sterling again on target as City continued to turn the title race into a procession.

They have now scored 101 goals in 2017, becoming the first top-flight team to do so in a calendar year since Liverpool netted 106 throughout 1982.

City are 14 points ahead of Manchester United who play their 19th game of the season later at Leicester City.

Chelsea are two points further back with 39 points, a total that in most seasons would have put them in the title mix for Christmas, but they were left frustrated at a misty Goodison Park after 25 goal attempts came to nothing.

Tottenham Hotspur's Harry Kane also continues to rewrite records, with his seventh hat-trick of the year in all competitions firing his side to a 3-0 win at Burnley that put the Londoners back above their hosts, and Arsenal, into fifth.

Kane struck a first-half penalty and produced two clinical finishes after the break to equal Alan Shearer's record of 36 Premier League goals in a calendar year set in 1995.

At the other end of the table Newcastle United ended a run of nine league games without a win to beat West Ham United 3-2 at the London Stadium and move out of the relegation zone.

Marko Arnautovic opened the scoring for West Ham but Henri Saivet, Mo Diame and Christian Atsu were on target for the Magpies who moved up to 15th with 18 points, a point ahead of West Ham who slipped down to 17th.

Bournemouth joined West Brom and Swansea in the drop zone.

Brighton and Hove Albion eased their relegation fears as Pascal Gross scored the only goal against Watford to give the Seagulls a first win in eight games. Watford have now lost four in a row and five of their last six.

Huddersfield Town remained comfortably in mid-table as they came from a goal down to draw 1-1 at Southampton.

City needed 27 minutes to take the lead against Bournemouth and it was fitting that Aguero was the man to score it with a diving header as he registered his 100th home goal for the club.

"This side are always trying to find the striker," Aguero said. "I only have to score the goal!"

City are unbeaten at home in 2017 and when Sterling made it 2-0 shortly after halftime for his 12th league goal of the season it was just a matter what the winning margin would be.

Aguero headed his second and substitute Danilo joined the party within three minutes of coming on.