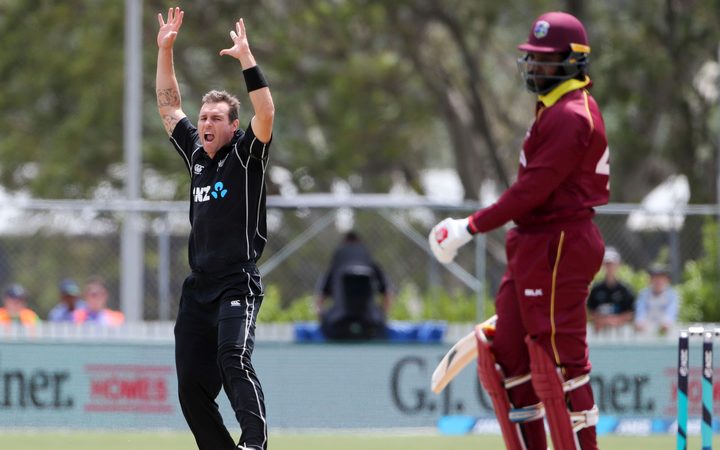 Bracewell was called into the Black Caps squad earlier this week for Colin de Grandhomme and the Central Districts bowler made the most of his inclusion - taking four wickets for 55 runs in yesterday's five-wicket win over the West Indies in Whangarei.

The 27-year-old hadn't played for the Black Caps for 14 months before yesterday's match as he continues to battle a serious knee injury as well as his third drink driving conviction.

He said being back in the environment was great for his confidence.

"I've been around this group for a while and it was just good to be back.

"When the team's going well it makes it a lot easier. All the guys have been encouraging and gave me that belief so hoping to get another crack in Christchurch and keep this momentum going," Bracewell said.

Bracewell's first two wickets yesterday came off his first three balls, including the all important snare of Chris Gayle.

However he said getting Gayle out was never part of his gameplan.

"I was hoping the boys (Tim Southee and Trent Boult) would knock him over early but he managed to hang around. Managing to get him early was the ideal start."

Gayle didn't return to the field following his dismissal due to an apparent illness.

There's no word yet on whether the 38-year-old will be available to play in the second ODI in Christchurch on Saturday.