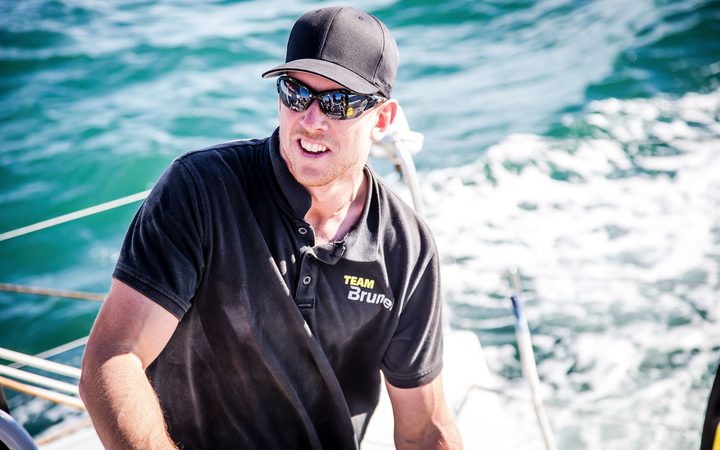 Burling and his Team Brunel crew are currently in the Southern Ocean leg of the round the world race, 65 nautical miles behind race leaders Dongfeng Race Team.

The America's Cup winning helmsman and his crew mate Annie Lush were grinding on the aft pedestal as the yacht prepared to gybe close to the Antarctic Ice Exclusion Zone when a huge wave swept them into the guard rail at the back of the boat.

Burling was unhurt but Lush was left with pain down her right side and struggling to move her right leg.

The crew responded immediately, carrying her down below and into her bunk where she has remained since.

The British sailor, 37, has been prescribed painkillers and plenty of rest by on-call race doctor Spike Briggs.

"Even though the ice gate was coming up it didn't matter - we would have got a penalty but safety comes first," Bekking said. "Annie will be confined to her bunk another 24 hours and hopefully she'll be ok. She's a tough cookie."