Grace Kara (nee Rasmussen) has regained her spot in the Silver Ferns team that will contest the Netball Quad Series next month, after missing October's Constellation Cup series. 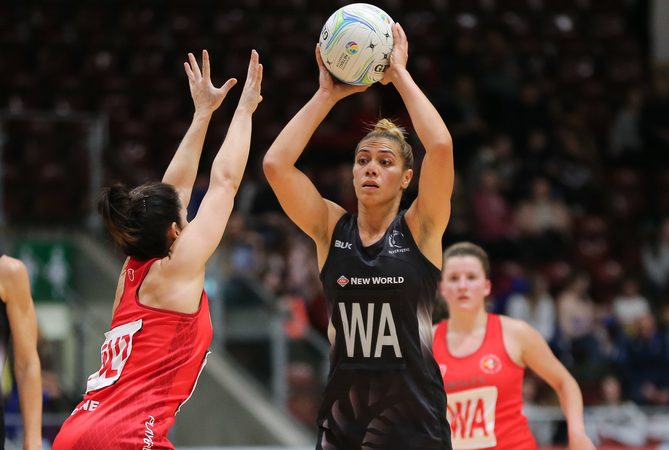 Following last week's Silver Ferns camp, a touring squad of 14 has been selected for the Quad Series to be held in England and South Africa.

Adding two players to the tour gives coach Janine Southby, who is still searching for some answers, more wiggle room to test other defensive options.

Rookie midcourter Whitney Souness has secured her spot in the touring party after missing the Australian leg of the Constellation Cup for family reasons.

The return of recently married midcourter Grace Kara (nee Rasmussen) has come at the expense of Gina Crampton, who had the opportunity to seal the wing attack position during the Constellation Cup.

But that four-nil whitewash at the hands of Australia was punctuated by struggles down in the attacking third, and Rasmussen's ability to control the tempo on attack was missed.

"This is a big tour in terms of the travel with short turnarounds between flying from New Zealand, playing in England and then on to South Africa,'' Southby said.

"For that reason we are travelling with 14. This will enable us to continue to develop and build depth and combinations across the squad.

"The Commonwealth Games (April) is the immediate focus but we're also mindful the 2019 Netball World Cup is not that far away either and the more time we get with our athletes and continuing to fine-tune their readiness and preparation is all part of the bigger picture.''

After winning the most recent edition of a closely-contested Netball Quad Series in September, the Silver Ferns can expect an equally challenging tournament as the gap at the top of world netball narrows.

With Commonwealth Games spots up for grabs, the Netball Quad Series presents the last opportunity for players from the Silver Ferns, Australian Diamonds, England Roses and South African Proteas to press their claims ahead of teams being named for the Gold Coast event.