The symbol of the Commonwealth Games, the Queen's Baton, has officially been welcomed to New Zealand.

It's here on a six day tour of the country, just over 100 days out from the opening ceremony of the Games on the Gold Coast and is the final leg of its 230 thousand kilometre voyage around the Commonwealth.

Gold medal winning weightlifter Richie Patterson, who was also the closing ceremony flag bearer for New Zealand at the Glasgow Games, carried the baton onto the Auckland airport marae before passing it onto Para athlete and javelin thrower Holly Robinson. 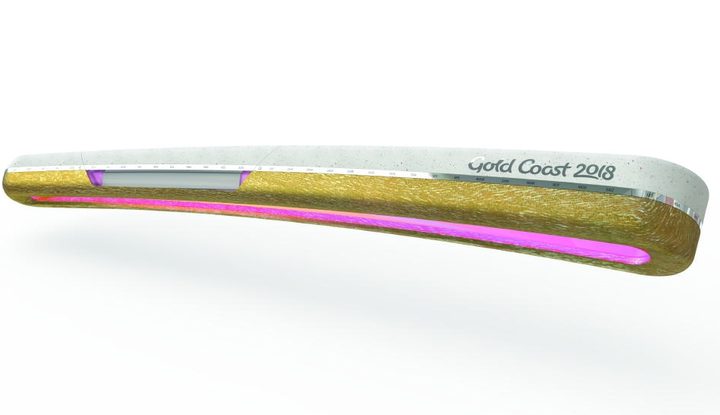 The Queen's Baton for the Gold Coach Commonwealth Games has arrived in New Zealand. Photo: Supplied

Robinson will take the baton back to the airport and onto Queenstown today.

The baton will also visit Kaikoura and Christchurch before returing to Auckland at the end of the week for a few days and then heading to Australia.

Dame Valerie Adams, who will take part in a visit with the Queen's Baton to Otara Markets said she's looking forward to connecting sport and athletes with communities.

"The Queen's Baton Relay is an awesome chance to get out and talk to people about how sport can make a difference," she said.

" I'm a big supporter of our Pacific communities and taking the Queen's Baton to the Otara Market will give me a chance to meet people, talk about the Gold Coast Games and encourage people to get active and involved in sport."

The Games run from April 4th-16th with New Zealand expected to send abour 250 athletes to compete in the event.