Former NFL running back Larry Johnson has said in an interview he believes he suffers from chronic traumatic encephalopathy.

CTE, which doctors say can be caused by repeated blows to the head, can only be diagnosed after death.

The 38-year-old Johnson, who last played in the NFL in 2011, told the Washington Post he is convinced he is living with CTE as he battles self-destructive impulses in what he calls "the demons." 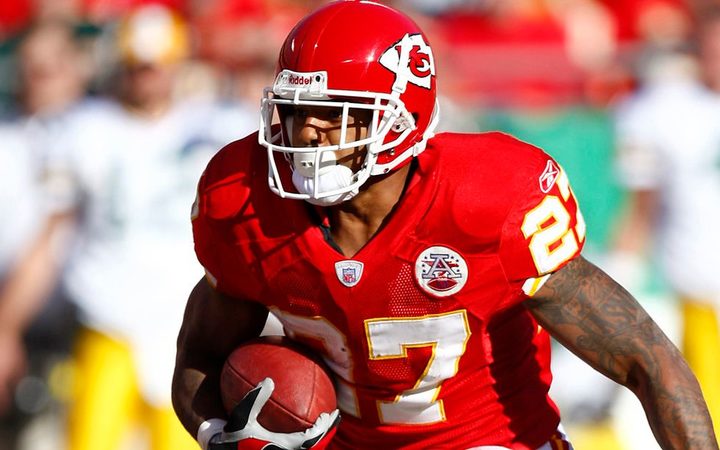 "If I can't remember who I was, I've got YouTube; I've got music videos that I'm making for myself, so when I watch these things I can remember," Johnson said. "I'm trying to get these things in order so she knows who I am and what I came from."

Johnson described an incident when those demons pushed him toward the barrier of a rooftop deck of an apartment building, urging him to "jump."

Johnson said he wonders if he will end up like former New England Patriots tight end Aaron Hernandez, who committed suicide in jail in April while serving a life sentence for murder.

"A bittersweet thing: I'm going to be free of everything that's holding me down," Johnson said. "The same way Aaron thought: I'm going to be gone from this world, but I'm still going to be able to take care of my child, because that's all I care about."

Johnson has a history of violence off the field. He has been arrested six times, five of which were for various assault charges against women.