The Silver Ferns are hopeful veteran mid-courter Laura Langman may still play at the Commonwealth Games on the Gold Coast next year. 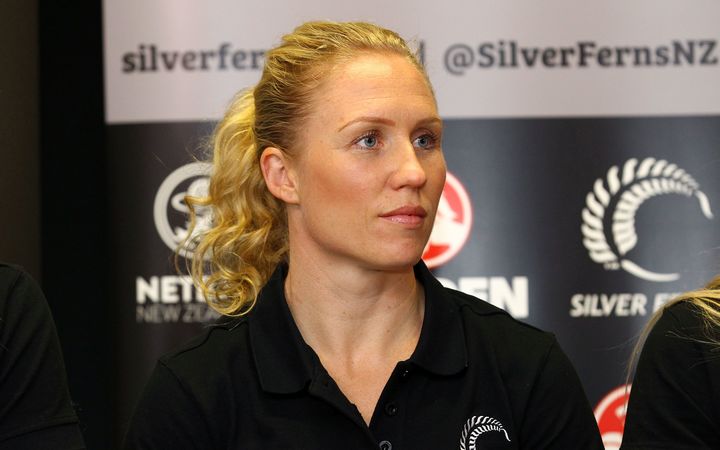 New Zealand sorely missed Langman in the Constellation Cup series earlier this year when they suffered a four nil whitewash at the hands of Australia.

With Langman not based in New Zealand and playing for the Sunshine Coast in the Australian domestic competition it meant she was ineligible for to play for the Silver Ferns under Netball New Zealand rules.

However just over a month ago, Langman announced she was taking a year out form the sport, terminating her Australian contract early and while she wasn't part of this week's training camp Southby seems to be hoping she might yet play at the Commonwealth Games.

"She's made some decisions around what she wants to do in the short term, over the next two or three months and we'll connect with her post Quad Series and see where things are at with her.

"The door's always open, she's obviously been a real stalwart so you never look at that stuff and say 'no we're not going there.' We've certainly got dialogue going," Southby said.

Meanwhile all of the Silver Ferns have been put on notice that none of their positions are safe in the wake of this year's four-nil series whitewash to Australia in the Constellation Cup netball series.

An extended 25-woman squad is taking part in this week's camp ahead of a Quad series tournament involving New Zealand, England Australia and South Africa in the New Year.

Southby said in analysing the Constellation Cup series they identified areas both on and off court where they need to improve.

"A lot of it is consistent preparation, when you consistently prepare at the high performance level you need to (improve) across all areas so mental skills, strength and conditioning, nutrition, medical, your life.

"All of those things impact on what happens on the court and if you have a little bit of imbalance in some of that or if you're doing so much in one area and not in another it will play out in inconsistency on court and that happened as a group, it happened as individuals.

That's the stuff we're really keen to address and the girls all need to take responsibility for that and step up in that area," Southby said.