The New Zealand trainer Hayden Haitana, who was a central figure in the infamous Fine Cotton scandal, has died in Australia aged 72.

Haitana was the trainer of Fine Cotton, who was replaced for a race by the better-performed ring-in Bold Personality in an attempted nationwide betting scandal at Eagle Farm in Brisbane in 1984. 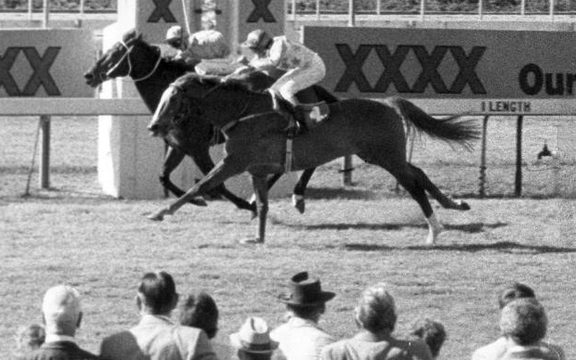 The attempted coup, included trying to disguise Bold Personality by painting his legs to look like Fine Cotton.

The bid was foiled after Fine Cotton won the race but stewards were alerted to the ring-in and Bold Personality was disqualified.

Apparently the perpertrators decided to use hair colouring but forgot to use peroxide to whiten Bold Personality's legs, eventually resorting to paint which was not water proof.

The fall-out from the scandal saw Haitana jailed and disqualified from racing.

In an interview with News Limited in 2010, Haitana suggested corrupt authorities were part of the attempted sting.

"What's helped now to ease things is (the television programme) Underbelly - the characters running the gambling, plus the crooked police and politicians," he said. 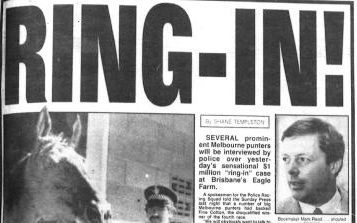 Sunday Express headline after the ring-in was revelead. Photo: Supplied

"People have always asked why I didn't go to the cops. I say 'are you kidding, they were the crooks'. It's going to be very interesting when Underbelly covers Queensland because they are going to have to tell the full story of Fine Cotton."

He recently suffered two strokes before his health deteriorated further.