Manly is facing a hefty fine and two officials could be deregistered after the NRL accused the club of salary cap breaches. 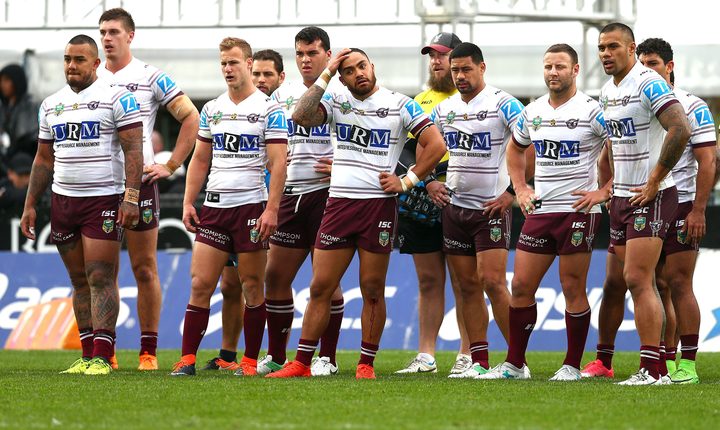 Manly players look on during a match against the Warriors. Photo: Photosport

The NRL on Monday issued the Sea Eagles with a breach notice over alleged salary cap rorting over the last five years.

The governing body said the Sea Eagles were facing a "significant" penalty after the integrity unit concluded its investigation into the club.

Two officials, accused of orchestrating the scheme, have been handed show-cause notices and are faced with being rubbed out of the game.

The NRL is also proposing to reduce the club's 2018 salary cap because of past breaches.

While Strike Force Nuralda could find no evidence that four Manly games in 2015 and 2016 had been fixed, other revelations came to light.

The club now has five days to respond to the NRL's findings though could be granted an extension.

Club chairman Scott Penn had previously said he was confident the club would be exonerated.

"We don't believe there'll be anything come of that from a club perspective," Penn said in August.

It's believed that Manly's salary cap breaches are not as serious as the ones which led to Parramatta being stripped of premiership points and fined $1 million in 2016.