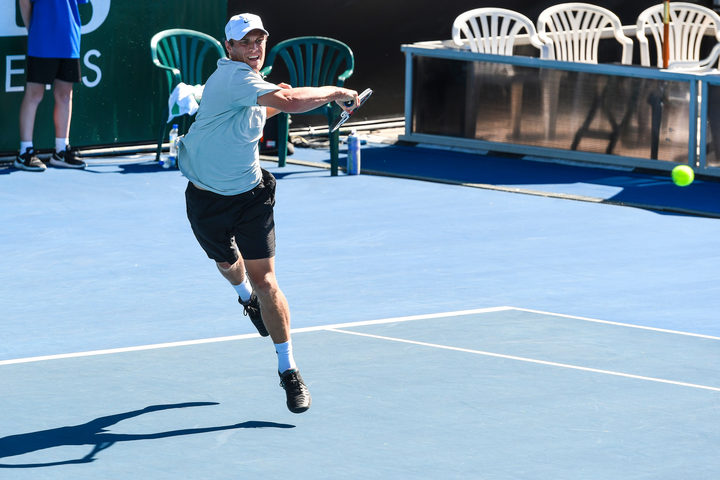 The 17 year-old Sisam beat defending champion Artem Sitak in the quarters earlier this week before beating the third seed, Olly Sadler, in three sets to make it through to the final.

But Sisam could not hold it with the 27 year-old Wellingtonian in the final as Tearney took the title 6-4, 6-3.

Tearney, who lost last year's final to Sitak, is coming back after having been sidelined for the past six months with a back injury.

"It's a nice feeling after the year I've had. Conditions were tough. I am still coming back and not playing my best tennis yet. But I played well today." Tearney said.

"The key was to make him volley when he did come in. I just feel like the key difference was a few points and I stayed focused on the big points. He has a big game, a good forehand but I made him play an extra ball." Tierney said.

Tearney's win earns him a wildcard entry into next month's ASB Classic qualifying.

Sisam may also earn a qualifying wildcard into the ASB Classic given his performance this week.

"It was a great week" Sisam said. "I came into the tournament not knowing what to expect. Today it was down to a couple of points. I missed a smash and some volleys on some big points and if they had gone my way anything could have happened."

Sisam would relish the opportunity if given a wildcard into the ASB Classic.

"If I got a chance to play against the best guys that's what you want."

But first Sisam has the 18's Nationals next week. He plans to play qualifying at the junior Australian Open and some futures tournaments in Asia in the early part of next year and is hoping to get into a US college next year before turning pro.