Moeen Ali has revealed he had a racist comment directed at him from the crowd while he was fielding for England in the Ashes series. 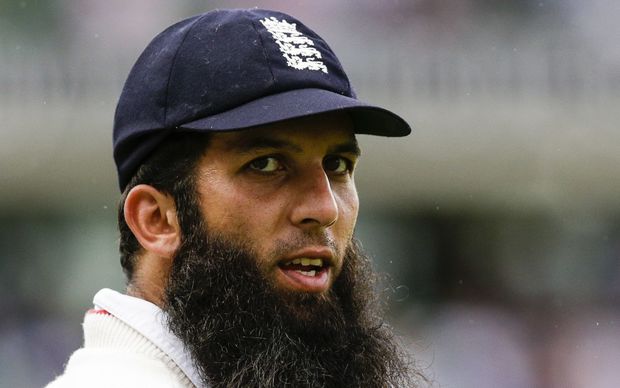 Moeen is in no mood to complain about the exchange, describing it as "nothing major" and just the first example that came to mind about the "chirp" he has encountered on and off the pitch down under this winter.

"Somebody asked me what time my kebab shop opened, but that is about it," he said.

Birmingham-born all-rounder Moeen, about to captain his country for the first time against a Cricket Australia XI in Perth, insists he is "not fazed whatsoever' by anything he has heard from Steve Smith's side or the crowd.

Nonetheless, in this high-profile series already punctuated by reports of 'sledging' which may or may not have overstepped the mark in some instances, his anecdotal evidence is sure to raise scrutiny about unacceptable remarks.

Asked if he has had to contend with any verbals on the pitch, Moeen said: "From the crowd you get quite a bit.

"You get some good ones and you get some not so good guys ... but you take it on the chin."

It fell into the latter category when he heard the ignorant inquiry about opening hours.

There is a zero-tolerance approach to any transgression in this series, in line with the International Cricket Council's anti-racism policy and accompanied by regular big-screen warnings throughout each day's play about the consequence of discriminatory behaviour.

Moeen said the banter in the middle has been benign - restricted to jibes about his elevated position in the batting order after being pushed up from number eight to six.

"One of the players asked if I was batting one place too high," he added.

"I said I was actually two spots too high ... but it went straight over his head."

There have been times when he has been tempted to respond with a little more vigour, but he has chosen not to.

"As much as sometimes you feel you want to, you can't afford to do that," he said.

"I just like to get on with my own game, and it doesn't faze me whatsoever."

He is more troubled by his lack of productivity in the first two Tests - with his off-breaks especially, having taken just two wickets at the cost of 98 runs each to his opposite number Nathan Lyon's 11 at under 23.

"You feel like you've let the team down, and the captain down especially," said Moeen.

"Lyon is bowling so well - everything, the revs, the areas he's bowling ... he's just bowled the best I've seen him bowl.

"The hardest thing is you try to compare yourself to that, and then you try even harder."