A Western Force team could be back in action by as early as April after RugbyWA was handed back the franchise's licence and intellectual property. 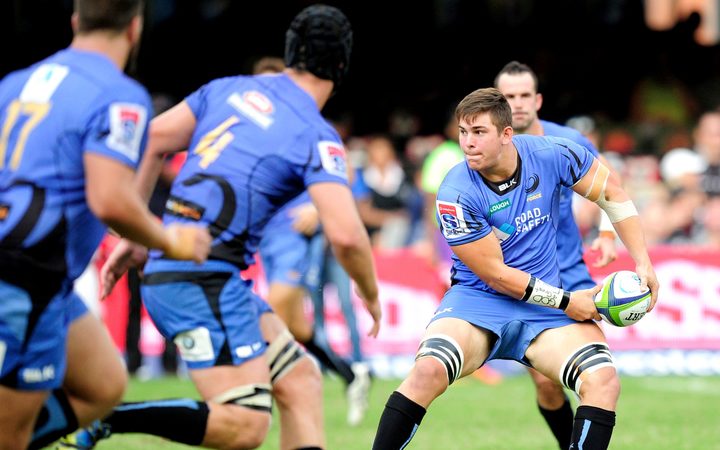 Richard Hardwick in action for the Western Force in a match against the Sharks earlier this year. Photo: PhotoSport

RugbyWA came out of voluntary administration on Friday after Rugby Australia waived a legal debt of more than $1 million.

RA spent about $1.7 million in legal costs after RugbyWA battled to save the Force through arbitration and then a Supreme Court appeal.

RugbyWA entered into voluntary administration last month, saying the axing of the Force meant it simply didn't have the revenue stream to pay back RA's legal costs.

But RA has now forgiven that debt after billionaire mining magnate Andrew Forrest promised to pump more than $2 million into grassroots and women's rugby in WA.

Lavan Legal, who represented the Force during their battles with RA, has waived a debt of almost $800,000.

But RugbyWA still owes the WA government $1.14 million - a debt the government has agreed to put on hold for two years.

As part of RugbyWA's relaunch, the Future Force Academy will be resurrected to help convert amateur athletes to professional players, and it will be open to women for the first time.

RugbyWA will fund three professional women players in 2018, with that number to expand in the future.

And importantly, RugbyWA has been handed back complete control of the Force and all its intellectual property.

After the Force's axing, Forrest unveiled an ambitious plan to launch the Indo Pacific Rugby Championship - featuring the Force and five other teams.

However, RA is yet to endorse the new competition - with Forrest's team to meet RA officials in Sydney next Tuesday for further negotiations.

Forrest wants the IPRC to kick off in February 2019.

But the Force are set to be back in action next year against some invitational sides.

The Force will then compete in the National Rugby Championship in 2018, replacing the Perth Spirit.