When Tiger Woods tees up next year he will be at an age at which few have dominated, but that will not stop the PGA Tour hype machine and others from promoting his appearance with an implied suggestion Tiger 2.0 will be as good as the previous version which won 14 major championships between 1997 and 2008. 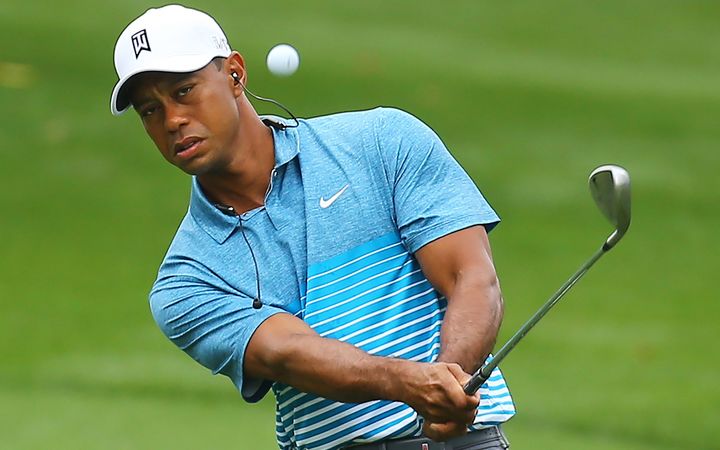 Amid overwhelmingly positive reviews of Woods' performance at the Hero World Challenge that might lead some to believe that he is destined to recapture his old greatness, a word of caution might be in order.

Woods certainly looked healthy in the Bahamas, and wielded his driver with the freedom and power of yesteryear, but one tournament does not a successful comeback make.

The ever secretive Woods has revealed few specifics of his back operations or his rehabilitation, but his most recent spinal fusion surgery seems to have been successful, judging by his movement and swing patterns.

He finished equal ninth out of 18 competitors on Sunday, 10 shots behind winner Rickie Fowler, his best result in four years and certainly most respectable for a man who had not played a competitive round for 10 months.

Even more positively, his swing seemed more powerful and reminiscent of the old Tiger on Sunday than it did on Thursday, suggesting he was not disguising any pain or function issues.

But his chipping was mediocre, and he did finish only mid-pack, so let's not expect miracles in 2018 from a man nearly 10 years removed from his most recent major championship victory, and four-plus years from any victory.

"Time waits for no man" said former PGA Tour player Frank Nobilo, who along with most everyone else was impressed with Woods' performance in the Bahamas, without losing sight of the big picture.

"If you compared facially between last year and this year, the pain on his face, he looked five years younger for a start but I think we do have to be careful with the comparisons from years gone by because he soon will be 42 years of age," Nobilo said.

The 41-year-old jumped over 500 places in the world rankings following yesterday's result but remains well off his best at 668.

Woods was guarded as ever on Sunday when asked about his early 2018 schedule, but the two early season PGA Tour stops in southern California - at Torrey Pines, where he has won eight times, and Riviera, loom as likely candidates, along with the hometown Honda Classic in south Florida.

All roads, of course, will lead towards Augusta and the Masters in April, where Woods is likely to play his first major since the 2015 PGA Championship.

Woods needs to win four more majors to match Jack Nicklaus's record of 18 victories, which even his most optimistic fans must acknowledge is out of reach.

More realistic is the opportunity to become the most winning player in PGA Tour history. Woods stands on 79 victories, three behind Sam Snead.

Simple mathematics -- 15-odd chances a year to add to his tally, as opposed to four in the majors -- suggest that is far more achievable, but first things first.

Woods appeared glad to be back in his outdoor office.

"When I was struggling with my back, the world seemed very small," he said.

Added Nobilo: "If this is any indication 2018 should be very colourful. Orange is very much in and red appears to be back."