Delhi's notorious smog did not halt play on day three, but Sri Lanka batsman Angelo Mathews claimed the air remained as bad as his team battled for survival against India in the final Test. 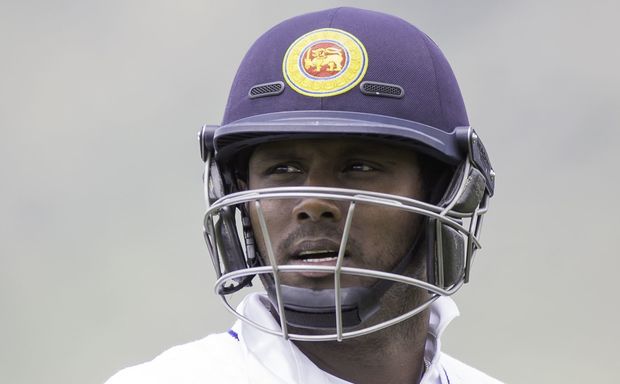 The second day's play was stopped twice as Sri Lanka fast bowlers Suranga Lakmal and Lahiru Gamage walked off the field after the seasonal haze blanketed the Feroz Shah Kotla Stadium in the Indian capital.

Several players wore facemasks and coach Nic Pothas said two of them vomited in the dressing-room.

Nothing of that sort, however, was reported on Monday as centuries by Mathews and skipper Dinesh Chandimal helped Sri Lanka to 356 for nine, their highest score in the series, when bad light stopped play.

"It was pretty much the same as yesterday, I'd say. Or even a bit worse, I'm not really sure," Mathews said.

"But look, we got to deal with what we have for the next two days," said the former captain, who ended his two-year century drought with a chancy 111.

Delhi's government last month ordered schools to shut temporarily after pollution readings in some places peaked at 500, the most severe level on the government's air quality index that measures poisonous particles.

Asked if the International Cricket Council should come out with clear guidelines for such cases, Mathews said: "It's up to the match referee to talk to the ICC.

"This was one of those unique occasions, we never had this kind of issues.

"There is match referee, there are two umpires and I'm sure they'd sit and talk to ICC."

Mathews dismissed suggestions that the episode has created bad blood between the sides.

"Not at all. As I said, it was one of those unique occasions, where no one knew what to do. It didn't hamper the relation of the players at all," he said.

"We play hard on the field, and off the field we are great friends."