The Wellington Phoenix have blown a two-goal lead on-route to suffering a 3-2 loss to Melbourne Victory in their A-League clash in Wellington on Sunday. 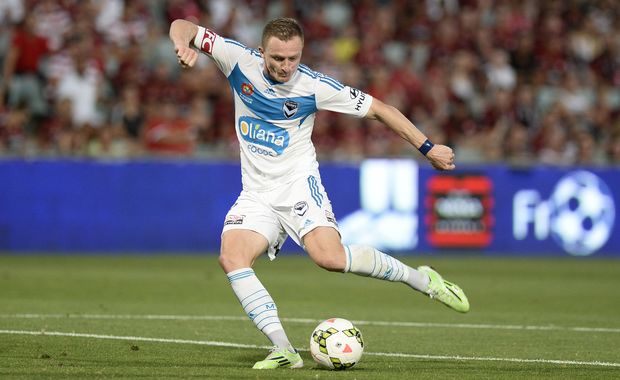 Still rooted to the bottom of the competition ladder after the result, the home side held a 2-0 advantage at halftime after striker Andrija Kaludjerovic scored twice from headers in the space of three minutes midway through the first spell.

But it was not enough to get the Phoenix three points they so desperately desired.

Besart Berisha pulled one back for Victory after 54 minutes and just moments later the scores were level again when Goran Paracki was credited with an own goal.

The result took the Phoenix's record for the season to one win, two draws and five defeats from eight matches.

Their next match is away to the Brisbane Roar on Saturday.