The Kiwis could face England in a historic match in the US next year, reports suggest. 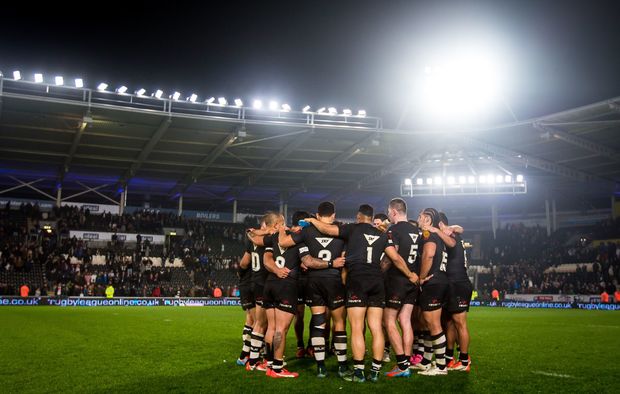 Plans "an advanced stage" for a match which would be played in the standalone State of Origin weekend in 2018, the Sydney Morning Herald (SMH) are reporting.

The man who led the successful bid to get host the 2025 Rugby League World Cup in North America, Jason Moore, is said to be behind the game.

Denver, Colorado is the favourite to host the potential clash, with a plan being presented to NRL clubs on Tuesday next week.

New Zealand Rugby League chief executive Alex Hayton said the NZRL is in negotiations with a number of countries about a possible mid-year test next year and that comment will be made once a decision is finalised.

The three-test series against England in October and November is the Kiwis only confirmed matches for next year.

Any possible game in the State of Origin weekend was unlikely to be confirmed before the independent review of the Kiwis failed World Cup campaign was completed and the raft of vacancies created by that failure had been filled, the spokesperson added.

"What is the proposal? It's to play a fully fledged, internationally sanctioned test match in the United States of America on the bye weekend afforded to us by the Sunday State of Origin game," Moore told the SMH.

"It's an opportunity for the players to go to a new market and showcase the elite level of rugby league."

The standalone weekend for the State of Origin next year is June 23-24.