Banned England all-rounder Ben Stokes' return to cricket for New Zealand domestic side Canterbury was predictably rusty as he lasted just seven balls while batting and conceded more than five runs an over while bowling. 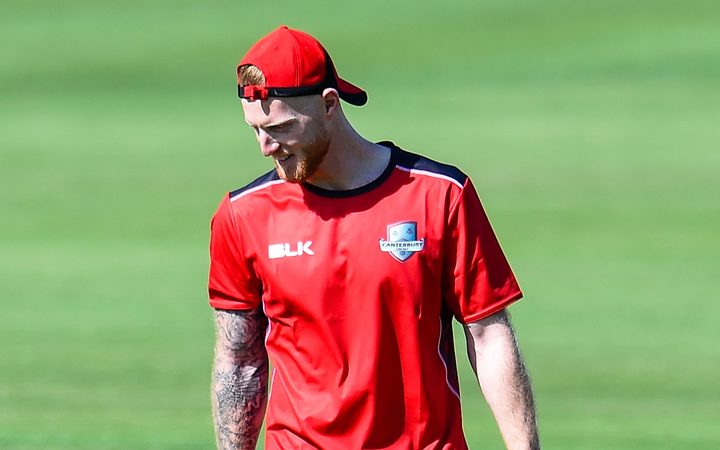 After dramatically collapsing from 175-0 to 198-7, Otago eventually held on for a three-wicket win in the 50-over match at Rangiora on Sunday.

The 26-year-old New Zealand-born Stokes was omitted from the England touring party to Australia for the Ashes and remains suspended pending the outcome of a police investigation into an incident outside a Bristol nightclub in September.

He returned to his former hometown of Christchurch last Wednesday and said he was just back in New Zealand to visit family, but signed a short-term contract with Canterbury to play in the domestic limited-overs competition.

Batting at number four against Otago, he lasted seven balls before he was bowled by left-arm spinner Anaru Kitchin for two.

He spent six minutes at the crease and his dismissal reduced Canterbury to 8-3 in the fourth over. They eventually made 221 for nine in their 50 overs with New Zealand legspinner Todd Astle top scoring with 51.

Stokes then opened the bowling but was unable to impose himself against former New Zealand batsmen Rob Nichol (78) and Hamish Rutherford (100).

Stokes, whose last game was for England against West Indies on September 24, finished with figures of 0-49 from nine overs, which included being belted for a six by fast-medium bowler Jacob Duffy that virtually sealed the game for Otago.

The visitors, who struggled after their openers were dismissed, reached 222 for seven with 15 balls remaining.

Stokes has been mostly silent since his arrival in New Zealand but his short-term contract has attracted criticism across the Tasman Sea.

Pundits in Australia have accused the England and Wales Cricket Board (ECB) of a cover-up of a plot to parachute Stokes back into the England team midway through the Ashes.