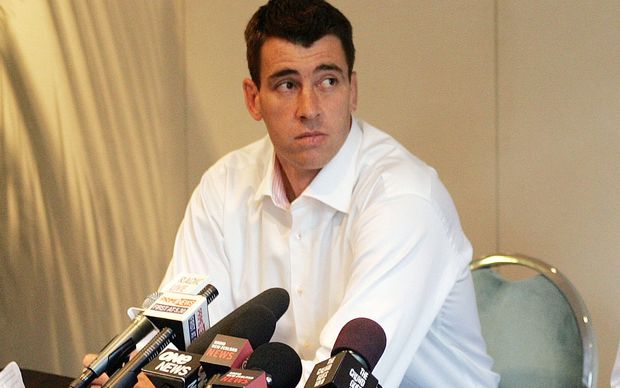 The governing body has come under fire after the ban's inclusion in a player participation agreement ahead of this week's opening leg of the Sevens World Series in Dubai.

In the wake of the displeasure, World Rugby have decided to allow the messages for the Dubai event, with team managers to police what's written, NZME reported.

Before that decision was made, Nichol said the move was questionable and has happened due to rugby now being an Olympic sport and World Rugby wanting to align with a similar ban the International Olympic Committee have introduced.

"Rugby has for some reason at the global level been caught up saying 'oh yea we'll go with that' and haven't given it enough thought.

"They certainly haven't followed a good process in consultation with the players globally or let alone the unions, I don't think the unions have actually really backed this.

"[World Rugby] have been caught our here a bit and it's a bit embarrassing for the game to be honest."

International rugby players have been writing on there wrist tape for years, the messages often referring to family, children or having some kind of religious meaning.

All Blacks prop Kane Hames was warned by New Zealand Rugby after taking a political stand with a message on his wrist during a match for New Zealand Maori last year.

However, Nicol said he there were very few cases he could remember over the last 15-20 years of players getting in trouble for crossing the line in that sense and emphasised players should be allowed the freedom to express certain messages on their wrists

Nichol said the reality was rugby was used as a platform to promote a lot of good messages that added flavour to the game.

"I can understand the issue they are trying to address but banning writing on tape on the wrists is not the way to deal with it."

While the ban itself has not pleased them, both the New Zealand and International Players Association are equally disappointed with the poor process surrounding it.

Both organisations were caught completely unaware by the sanction and it appears New Zealand Rugby and other national bodies also had no idea it existed.

Nichol said the ban had been "buried" in an agreement the players had to sign to take part in the Dubai Sevens and made it clear the players associations would be letting World Rugby know they were not happy with being caught completely by surprise by the move.

"The bigger issue is the lack of consultation and poor process they have followed around this.

"That's despite the fact we all have a relationship where we respect each other and we are supposed to honour agreements."